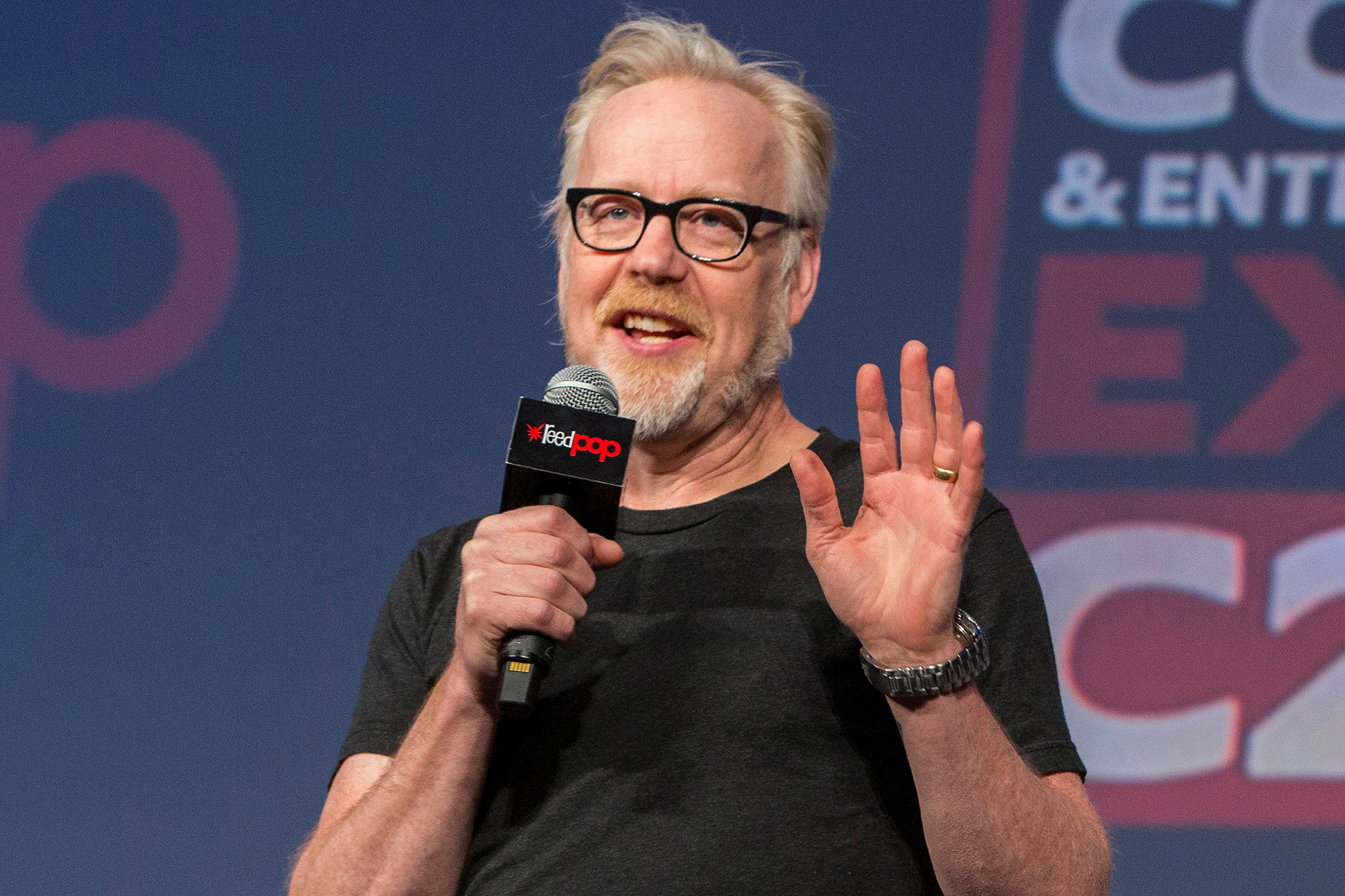 In news that no one expected to read today, former ‘Mythbusters’ co-host Adam Savage is being sued by his younger sister for (allegedly) sexually abusing her for years while calling himself the “raping blob” during the late 1970s.

As reported by the NY Post, Miranda Pacchiana, 51, claims the abuse happened when she was between 7 and 10 years old when the siblings lived in Sleepy Hollow, New York.

Beginning in or about 1976 and continuing until approximately 1979, Adam Savage, would repeatedly rape Miranda Pacchiana and force oral sex upon her, and forced Miranda to perform oral sex on him, along with other forms of sexual abuse.

The suit says Savage, who was between 9 and 12 years old at the time, would prevent his sister from leaving the bed and anally rape her.

He allegedly nicknamed himself the “raping blob” while disguising the abuse as a game, according to the lawsuit.

52-year-old Savage is best known as the former co-host of “Mythbusters,” a Discovery Channel series that tests the validity of popular myths and legends. He also built a real life Iron Man suit that one time:

His sister Miranda is a social worker who had blogged about losing her family after coming forward about the alleged sexual abuse:

When I first disclosed to my family that my brother had abused me as a child, I thought my whole world would change. I assumed my family members would share my desire to examine what had gone wrong in our home and pursue a path toward healing together. I was sadly mistaken.

In fact, their behaviors left me feeling as though the abuse didn’t really matter. Yes, they believed me — but my family members still seemed determined to brush my trauma under the rug. Over time, I came to realize they viewed me as the problem for focusing on the abuse. Not the brother who had abused me.

Well, if true, that is incredibly screwed up. Respect to Miranda for having the courage to continue her quest for justice, this time through the courts.

Savage denied his sister’s allegations in a statement through his lawyer Andrew Brettler:

While I hope that my sister gets the help she needs to find peace, this needs to end. For many years, she has relentlessly and falsely attacked me and other members of my family to anyone who will listen.

By spreading numerous untrue stories about us in pursuit of a financial bonanza, she has tortured our entire family and estranged herself from all of us. I will fight this groundless and offensive lawsuit and work to put this to rest once and for all.

Well, fabricating a childhood where your brother repeatedly raped you and called himself ‘the raping blob’ is for sure a WILD thing to do, but the right approach with these things is always to take the victim’s allegations seriously. The fact he was allegedly carrying out this behaviour between 9 – 12 years old makes it even more fucked up. Will be interesting to see what standards he is held at – the adult he is now or the child he was at the time? Will their parents or guardians be brought into it?

For the 20-year-old nursery worker who had sex with a 13-year-old boy and had his baby after seducing him over video games, click HERE.