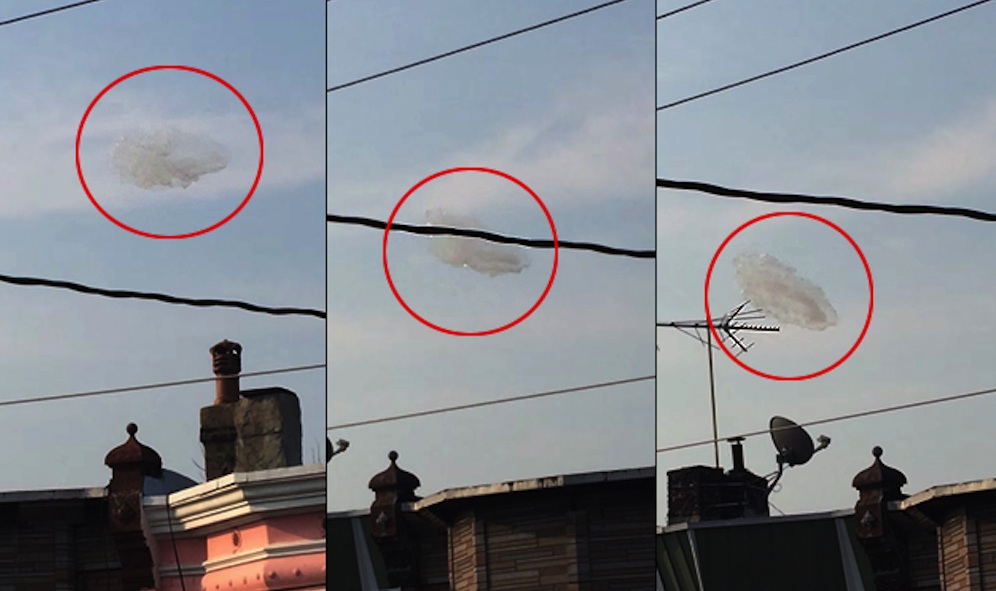 This guy was filming a cloud, but it didn’t act like any cloud that I’ve ever seen.

We’ve featured supposed footage of UFOs on the site a bunch of times but they’re normally in space and could probably be explained by them being a mark on the window or something. This is different though because whatever this is, it’s hovering pretty close to the ground and is acting kind of weird.

This video is of a guy who thinks he’s filming a cloud in Philadelphia, except the cloud doesn’t look or behave anything like a cloud at all. For one, it seems to have some kind of flashing lights in it and secondly it also seems to spin around and change shape drastically throughout the video which caused the guy to upload the video and claim it was a UFO. And I suppose there’s fair reason for this, kinda.

There are a couple of iffy moments in the video which have caused people to claim that it’s fake/not a UFO though. The most notable is where it passes in front of an antenna and you can still see the antenna behind it, but realistically that could just mean that the UFO is see through itself. Either way it’s a point of contention with the video.

Another theory is that because of the cloud’s downward trajectory it’s just some see through item like bubble wrap or a plastic bag that’s been dropped from a tall building and is floating to the ground and spinning around in the process.

That’s a more likely explanation – let’s be honest it probably is the actual explanation – but still this video has definitely captured the internet’s imagination. What do you think?