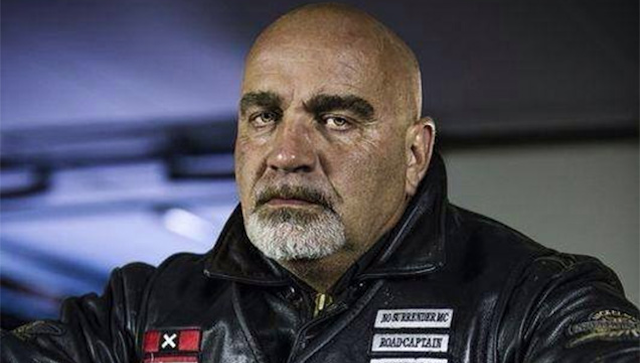 The Dutch Sons Of Anarchy have joined the fight.

When Task Force Black – the Navy Seal/British SAS task force brought together to bring down ISIS – isn’t enough, you just have to go and enlist the help of a Dutch biker gang. This is even better than Sons Of Anarchy.

Three members of a motorcycle gang from the Netherlands called No Surrender have headed over to Syria to fight insurgent ISIS members alongside the native Kurds. And what’s more they’re being totally backed by the Dutch public prosecutor who says that they’re not committing any crimes by going out there to help:

Joining a foreign armed force was previously punishable, now it’s no longer forbidden. You just can’t join a fight against the Netherlands.

Phew. Glad that’s cleared up. Their started to be a bit of a brouhaha about it earlier this week when pictures like this started showing up on Kurdish social media.

It roughly translates to ‘Ron from the Netherlands has joined the Kurds to fight [the Islamic State]. Respect!’ The president of No Surrender confirmed that three members of the gang from Rotterdam, Amsterdam and Breda had headed over to Mosul in Iraq to help out.

There currently isn’t any information on the gang although it’s classified in Dutch law as a one percenter or an outlaw gang but this merely seems to be due to their three patch back piece rather than anything else. There doesn’t seem to be any racist or fascist overtones either from this action either at this point, although like we said there isn’t really too much information about them at present.

Maybe Morocco’s notorious female motorcycle gangs will be the next to get involved.