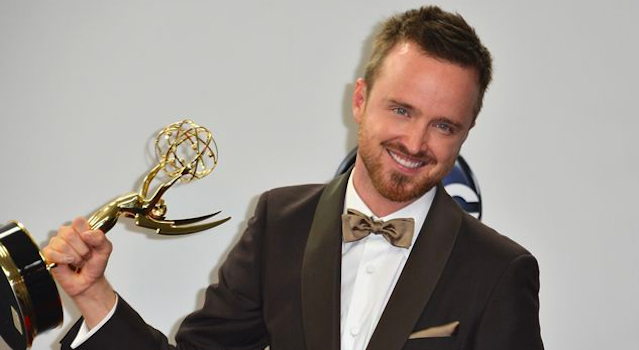 To most people Aaron Paul IS Jesse Pinkman, but how close did he come to not even getting the role? Find out in his audition tape.

But what if somebody else had played the role of Jesse Pinkman? Would the show have been as good? Would the Walt/Jesse dynamic have been as powerful? We’ll never know because there’s no way to have watched the show with someone else playing the role BUT what we can do is check out Aaron Paul’s audition tape for Breaking Bad and see how close he came to not actually getting the role.

Of course, the answer is not close at all because he absolutely nailed it. You can watch about 5 seconds of this and just know that Aaron Paul was born to play the role of Jesse Pinkman. Sure, Bryan Cranston isn’t there and it’s just some lame showrunner reading Walt’s part but Aaron Paul absolutely nails it. Obviously we’re all accustomed to seeing him BE Jesse Pinkman now but even back then you can just see it. The only difference is that he had a lot more hair back then.

Aaron Paul Was In A Dashboard Confessional Video

Aaron Paul Goes To A Radiohead Concert, Meets Pierce Brosnan, Then Almost Gets Thrown Out