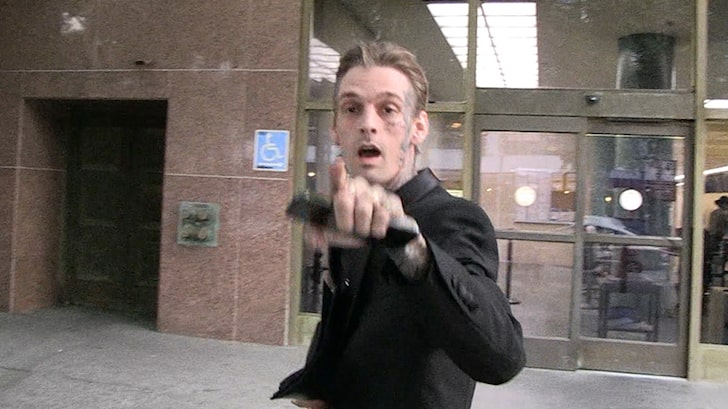 It feels like this Aaron Carter situation is flying under the radar a bit, maybe because he isn’t an A-lister or as famous as his older bro Nick Carter of Backstreet Boys fame. But he is currently having a very public meltdown and it’s fascinating to watch considering this is the kid who sang ‘Party’ and ‘I Want Candy’.

First he got this massive tattoo of Rihanna on his face: 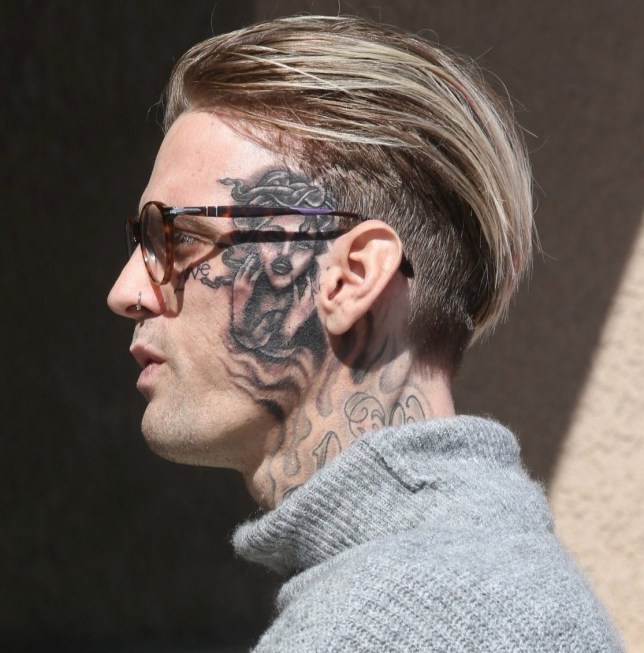 Then he accused his dead sister of raping him as a kid and said his brother Nick abused him too:

He also threatened to kill brother Nick and his pregnant wife, released a diss track cussing his brother, and also compared himself to Michael Jackson.

His whole family have filed restraining orders against him, except his mum who visited him at home and found him looking like shit and weighing 115lbs (50kg). She took him straight to hospital: 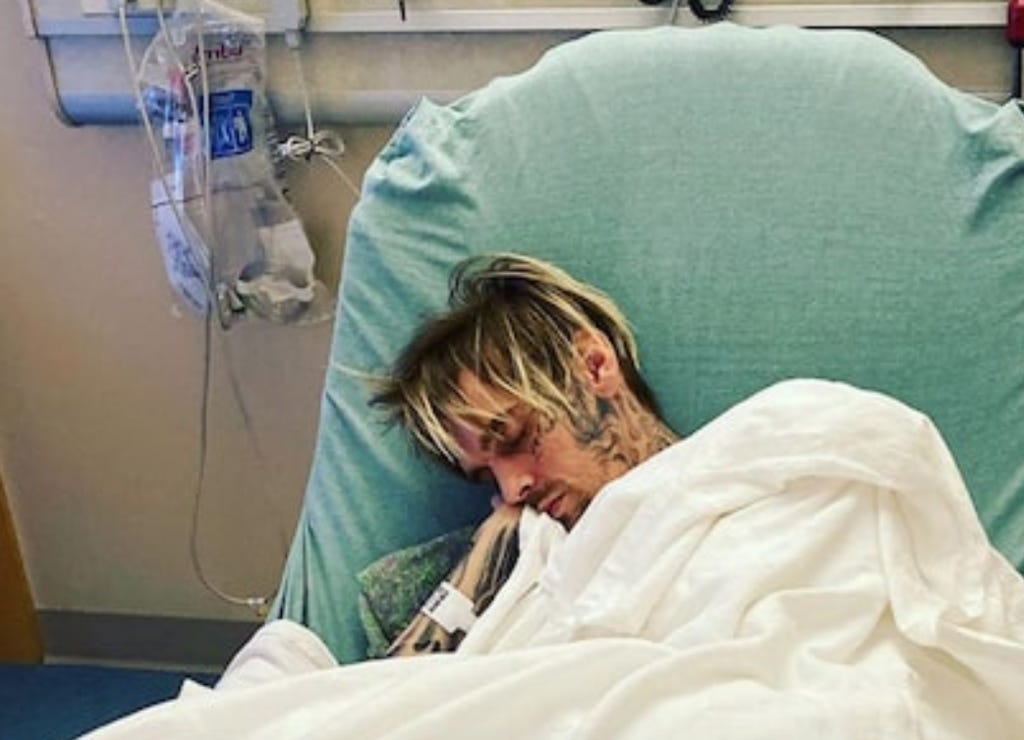 Well according to TMZ Aaron Carter has this week had a full-on meltdown in court after a judge ordered him to surrender his guns, owing to his declining mental health:

Aaron was on the losing end of a hearing for a restraining order. His twin sister, Angel Conrad, convinced the judge to issue an order prohibiting Aaron from having any contact with her or her family for a year. Then the judge enraged Aaron, by telling him he’s too dangerous to possess guns. He went nuts in court … screaming at the judge that he would just go out of state and buy more firepower.

After the judge lowered the boom on Aaron, he threatened to just get up and leave, but the judge ordered him to sit down.

What’s unclear … whether Aaron will surrender his guns. If he doesn’t, the judge could hold him in contempt and throw him in jail.

Well he is pretty powerful to be fair, he once beat Shaquille O’Neil in a basketball game:

Sadly it looks like Aaron Carter is another in a long list of child stars who has gone completely crazy later on in life. Banter is one thing but let’s hope he actually gets the help he needs and doesn’t do anything too extreme until then. Hopefully he hands in those weapons without incident too.

Speaking of Aaron Carter’s face tattoo, here’s what his tattoo artist had to say about it. It could have been way worse, apparently.