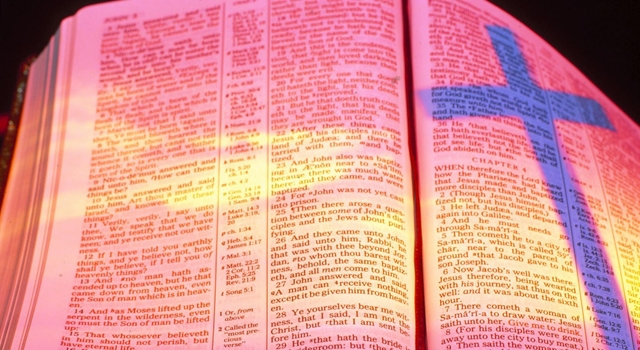 The Bible is a best seller globally, that’s for sure and loads of everyday quotations and sayings have entered our language from its hallowed pages, but how much do we really know about it? A great number of people in the West feel that the Bible sets out the moral code for our planet. In fact, many religious people think that if it weren’t for the Bible we wouldn’t even know what morality was, and that if we didn’t have the rules set down in the Bible we wouldn’t know how to behave at all.

That’s bollocks of course, but my point is that the Bible is highly thought of and “holy” people consider that (even if they haven’t read the book from cover to cover) they have a pretty good idea of what’s going on in there. It turns out that’s bollocks as well.

1) The Devil Is Red With Horns 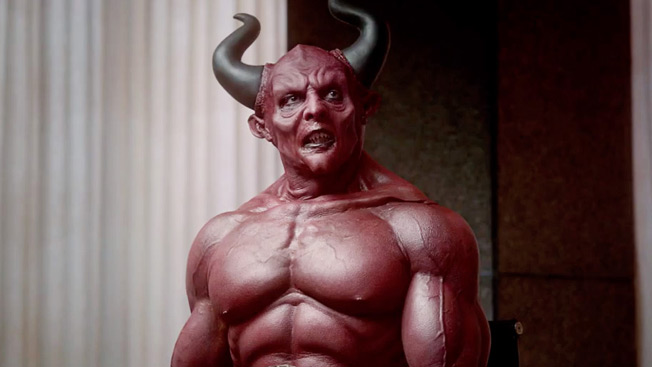 The image we all hold of good ol’ Satan in our minds is a strong one. He’s red, has horns, he’s never without his pitchfork and has a rather fetching goatee.  The truth of the matter is, the Bible doesn’t describe his physical attributes at all. Not once.

In the Garden of Eden he appears to Eve as a snake, but that’s it, that’s his only physical mention. For the rest of the book he’s just a kind of evil voice in the background being evil and saying evil things.

The first images of Satan were of course created by artists, if they wanted to portray stories from the Bibles or whatever they had to make something up, and that’s what they went for. As for the pitchfork, that was probably borrowed from Greek mythology where their Gods were partial to a trident or two. The horns and goats legs may have been a hangover from pre-Christian animal worshiping religions. The Greek goat God Pan might have had something to do with the mix up too: 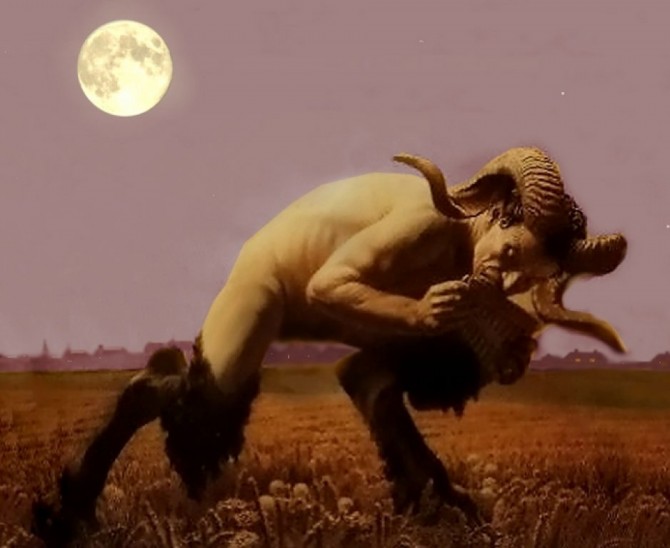 Whatever the inspiration for his shape and form was, it wasn’t the Bible.

2) “Cleanliness Is Next To Godliness”

As I mentioned at the top, there are a lot of everyday sayings which derive from the Bible, but this isn’t one of them. You’re mum probably said “Cleanliness Is Next To Godliness” to you, mine did to me any way, but then I’m a messy little bugger. The phrase actually comes from the Talmud, a Jewish holy book:

So cleanliness is literally next to godliness in the phrase. 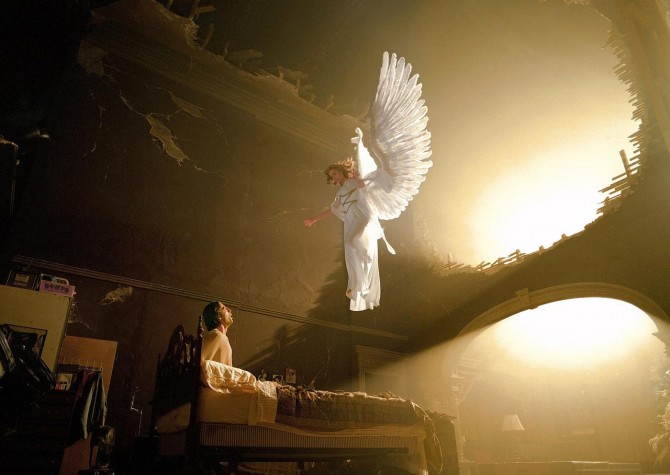 Angels are in the Bible, but not the sort you see on Christmas cards or the kind that save people from burning wreckages. The type of angels that are described in the Bible are quite frankly terrifying.

There’s a bunch of different types of angels mentioned in the Bible, but they aren’t gently glowing with Colgate smiles and a couple of lily-white wings. For instance the Seraphim actually has 6 wings, two to flap around with, two to cover its face and two to cover his feet. According to Isiah they constantly flap about shouting

Holy, holy, holy, is YHWH of hosts: the whole earth is full of His glory.

…that would get annoying pretty quickly; according to scripture they touch coals onto their mouths for some reason too.

Cherubs bring to mind cute babies with little wings and pot bellies, but in the Bible they are nothing of the sort. Cherubs are described as having four wings concealing human hands and cow-like hooves, and the best bit is they have four faces: a human face, one like a lion, an ox and an eagle. Nothing cute about that at all.

So why do we all think angels look like they do? In a word: painters. Artists took some pretty full-on liberties when describing angels, and their images stuck in the minds of us humans. After all, even people who go to church every Sunday don’t read much of the Bible, it is pretty boring.

We’re all aware of the story of Satan dressing as a snake and tempting Eve with a delicious but cursed apple. It’s a story wrapped into the consciousness of the Western world. But the reality is that the word apple is nowhere to be found. The Hebrew word for “fruit” is used, so it might have been a mango or a pomegranate for all we know.