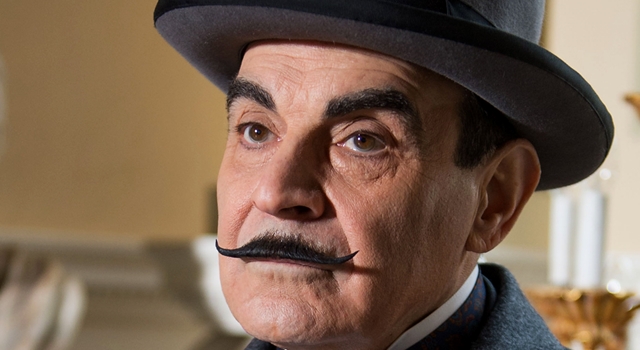 The Charley Project reports on cold cases of missing folks. Pretty bleak all round.

I found a website called The Charley Project the other day, it’s an online database of missing people. It’s as depressing as it is fascinating; I thought I’d bring a few to your attention, so you could get your Poirot tash wiggling as you ponder the unsolved cases. Some of the cases below are true mysteries, some are just sad, but for some reason there’s something compelling about them all.

The Charley Project website is run by a woman called Meaghan Good, she admits that she has no experience of losing a loved one herself, but for some reason has become fascinated by the cold cases she lists. Meaghan also mentions that she collects socks and gem stones, and suffers from insomnia. So there you go.

The Charley Project is by no means exhaustive, but in their annals alone (which mostly deal with American folks) there are 127 open cases from 2013 alone. That’s just the tip of the iceberg too, around 2,300 people are reported missing each day in America, many of which are found swiftly, but still, what a dark stat. 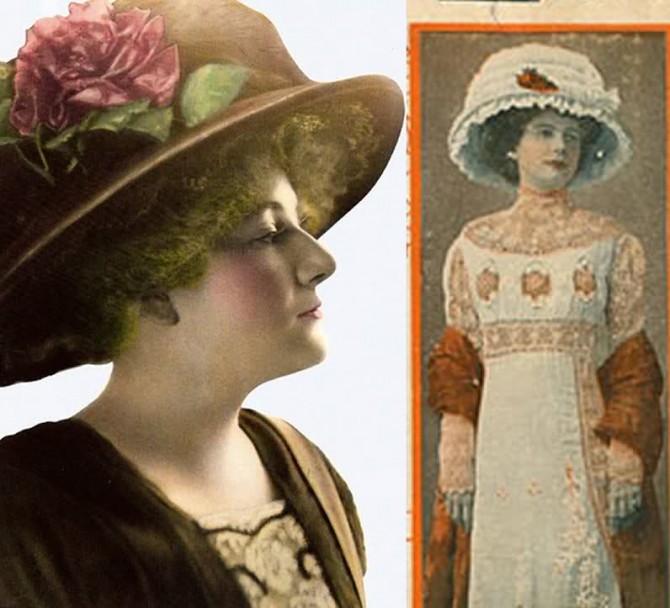 Dorothy was 25 years old in 1910 and the child of an incredibly successful and wealthy father. Her father made his mint in the perfume industry but Dorothy, despite her father’s rebuke, was a budding writer.

One day Dorothy went for a walk to buy an evening gown, she was meant to meet her mother later that day but never showed up. The family weren’t too worried initially, she was 25 after all and they assumed she was staying with friends. When the second evening rolled around and she still hadn’t turned up they started to get nervous.

Because the Arnold family was rich they didn’t want the hullabaloo that would have been sparked if they went to the police, so they hired private investigators. The PIs turned up nothing at all so the family finally went to the police a couple of months later.

Thanks to the high-profile of the Arnold family there were pictures of Dorothy spread liberally across the US and as far as Europe, but nothing ever materialised. It turned out that Dorothy had been dating a man called George C. Griscom Jnr., an engineer living in Pittsburgh, but he had been in Italy at the time of her disappearance so he was off the hook. Griscom did say that one of Dorothy’s manuscripts had been rejected and that she was feeling down, but not down enough to top herself.

Some theorised that she’d got pregnant and died thanks to a botched abortion, but no evidence ever surfaced of foul medical procedures. The case remains open. 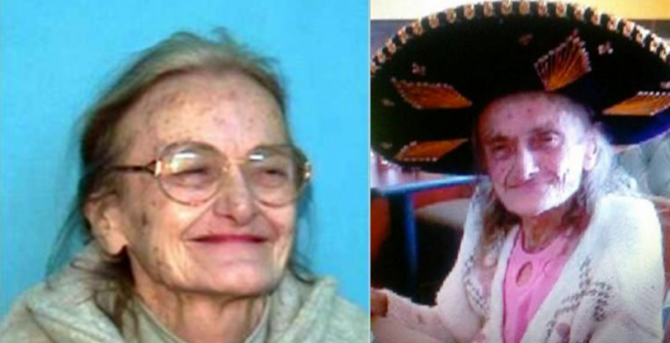 Barbara was 83 when she managed to disappear without a trace. She was last seen driving a green Volvo south on Highway 61. Barbara was never seen or heard from again.

An extensive search of the area and her potential destinations turned up no evidence at all. Apparently Barbara suffered from bipolar and depression, but that doesn’t mean she would be able to successfully hide a green Volvo from the Feds.

Despite a $25,000 reward, no information has been forthcoming. 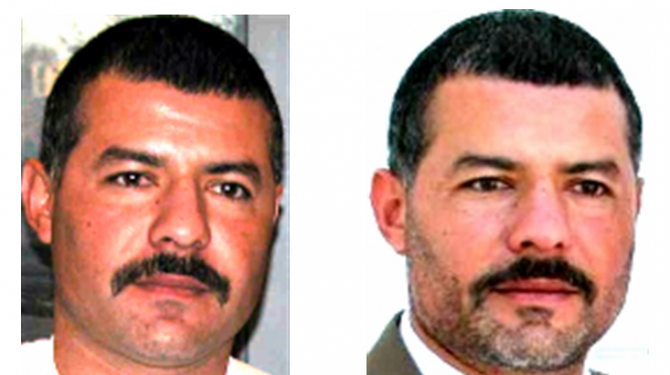 Nestor was last seen driving from his home to Mazatlan, Mexico in January 2011. He was driving a white Ford pick-up and has never been seen since. Little detail is available about the lead up to the disappearance. 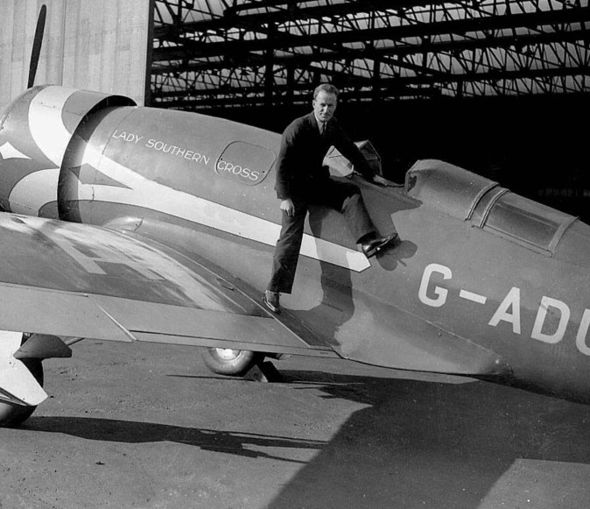 Andrew Carnegie Whitfield was 28 years of age at the time of his disappearance. He was piloting a small aircraft from Roosevelt Field on Long Island to Brentwood, a journey that should have taken around 15 minutes, but he was never seen again, and neither was his plane. Andrew wasn’t an aviation novice either, he had flown more than 200 hours and had 150 miles worth of petrol on board his craft.

On the morning of his disappearance Andrew had checked into a hotel room. On his bed were laid out insurance papers and bonds made out in his wife’s name. According to someone working at the hotel Andrew was overheard saying…

Well, I am going to carry out my plan

From this tit-bit of information police assumed that this was a suicide case all along. However, that doesn’t quite ring true. No evidence was ever found of his plane and he didn’t seem to be having any personal, private or business problems. He had married the year before and was moving away with his new wife the month of his vanishing. His wife in fact sued him for leaving her in the lurch, partly to get the case more publicity.

There were many alleged sightings of Andrew over the following months and years but none came to anything. He was finally declared dead in 1946 but no evidence of how or why ever materialised. 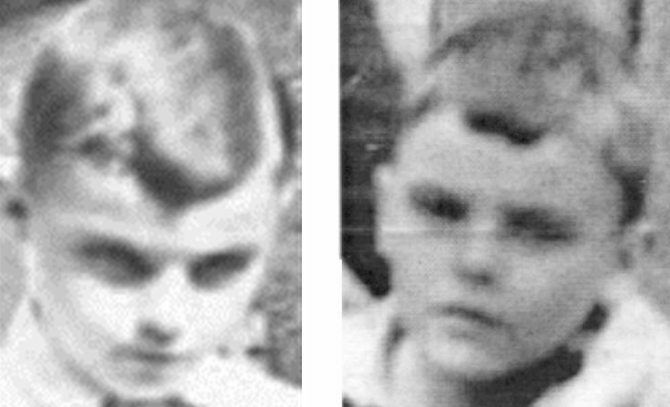 Kenneth, who was mentally handicapped and suffered from severe epilepsy, was only 11 when he went missing. He asked his mother for a piece of ice in their Baltimore home, then went outside and was never seen again. Two years prior, whilst living in a different home, Kenneth had gone missing. He eventually showed up with burn marks on his arms that a “bad boy” had given him.

Although they had moved areas since his last escapades, Kenneth had been known to wander back to their old neighborhood. A large-scale police search drew a blank. Kenneth’s case remains unsolved. 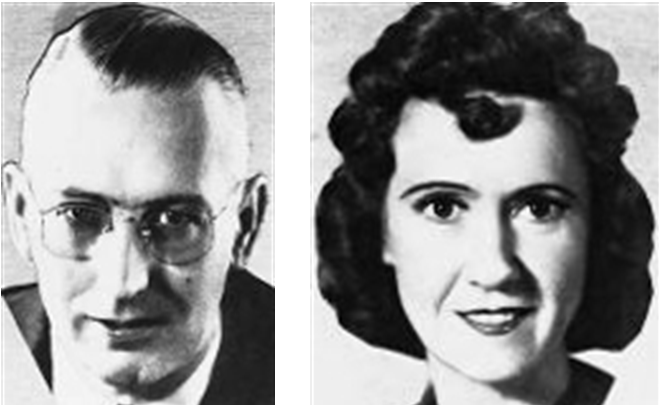 Margaret and her husband William were last seen by a neighbour on March 5th, 1957. The neighbour had popped round to see the couple and share some Girl Scout cookies. The couple seemed displeased to see her and Margaret was very upset. Neither of them were ever heard from again.

William ran a photography company and had other assets in Mexico, but the case was never solved. No foul deeds seem to have been done and no trouble to run from was ever uncovered.

See what I mean? It’s odd and sad. I don’t know why something so odd and sad has fascinated me, maybe I’m deranged. It’s the same feeling as I get from these weird suicide notes. Maybe there’s something wrong with my brain.