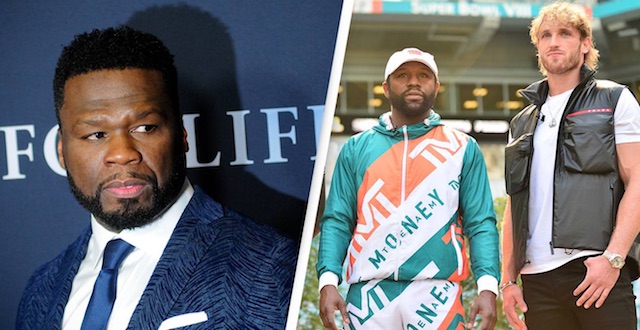 Everyone is getting involved.

50 Cent and Floyd Mayweather seem to have somewhat of a fractious relationship as one minute they’re seemingly best friends and then the next he’s taking the piss out of him for not being able to read, but right now it seems like they’re not in each other’s best books.

50 Cent was reacting to Floyd Mayweather getting badly out bantered by the Paul brothers at their press conference yesterday and decided to completely rinse him with the following Instagram post:

Wow. He isn’t pulling any punches there is he, although he’s got a pretty good point because you would think that someone as rich as Floyd Mayweather keeps telling us he is would be able to afford a decent haircut and not walk around looking like he had glued his pubic hair to his head. It’s his big press conference with Logan Paul FFS, you think the idiot could at least look the part, right?

For more of the same, check out Jake Paul’s new tattoo. Very funny.