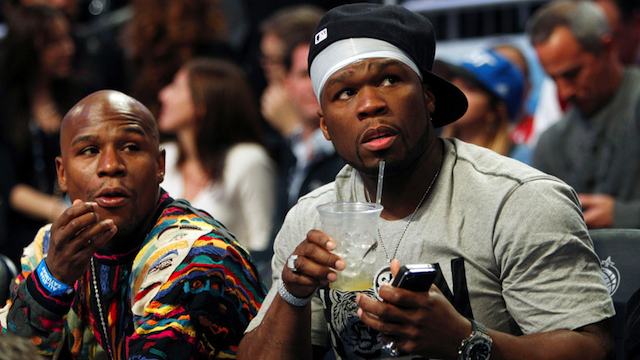 The ice bucket challenge is old news. Everyone knows that 50 Cent and Floyd Mayweather have some kind of beef and 50 Cent has taken it to the next level with this video where he calls Floyd out for pretty much being illiterate, which is a pretty huge insult.

50 says that if Floyd can read one page – just one page – of a Harry Potter book and prove to the world that he can read then he’ll donate $750,000 to charity. Again, that’s a hell of a lot more money than the ice bucket challenge but it suggests that he’s very confident that he’ll win.

Will Floyd Mayweather reply? It kind of seems like he has to, even if it’s fake because otherwise pretty much the whole world will be laughing at him being unable to prove he can read. And when he does, it’ll definitely be a video you’ll want to see because what could be less tough for Floyd Mayweather to do than read a page of a Harry Potter book live on camera.

Basically 50 just completely murked him because he’s damned if he does and damned if he doesn’t. Although maybe 50 Cent should watch out, because we all know what happens when you cross Floyd Mayweather.