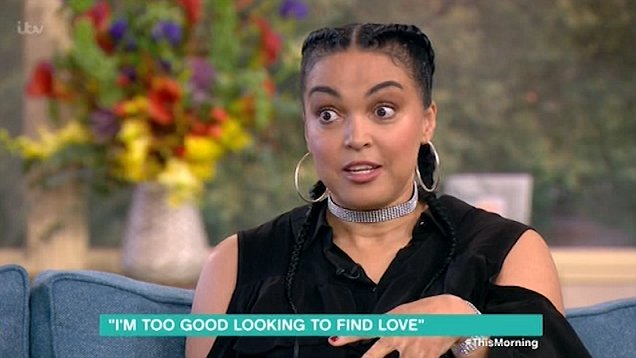 Finding love and a partner to spend the rest of your life with is possibly one of the most challenging tasks that anyone will ever have to do in their lives for a variety of reasons, but you should all be thankful that you’re never going to have it as hard as the woman featured in the video below.

44 year old Dawn Cousins was appearing on This Morning earlier today and explained that she felt she was just ‘too attractive’ to find love. She explained that younger guys only wanted to take her out because she was hot, whereas older guys don’t put any effort into their appearance themselves which she doesn’t think is very fair either. Tough break eh?

Maybe she should try going out with someone because of their personality? Just a thought and one echoed by Philip Schofield, but Dawn doesn’t seem to want to hear that either. Gotta feel sorry for her being placed in such an impossible situation.

Check out the interview below and watch out for Philip Schofield being barely able to contain himself:

Wow. Deluded doesn’t even begin to describe her does it? Everyone knows that compromise is a big part of relationships and this woman seems completely oblivious to that.

Moron – what does she even think that she’s going to achieve by going on This Morning, other than getting the whole of the nation to despise her and think she’s an idiot? You would think that by the age of 44 she might have garnered some common sense in how to live her life, but that doesn’t seem like it’s the case at all here. Ridiculous.

For other people who share this woman’s problems, check out the story of this woman who is too beautiful to get a job. My heart weeps.