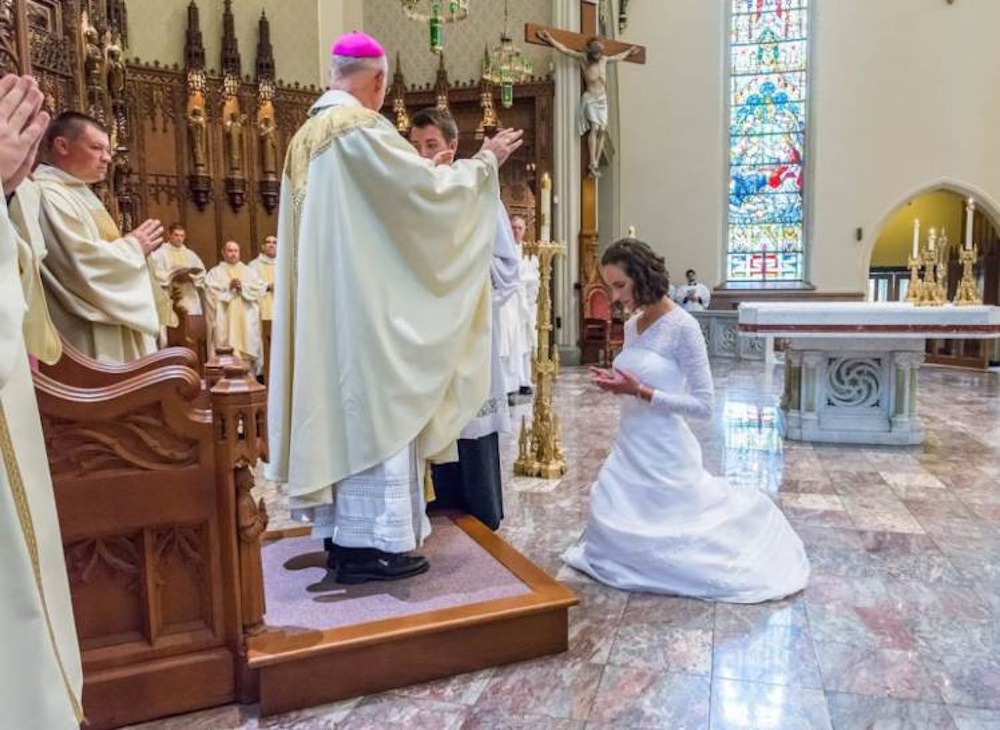 The perfect celebration of true love?

A 38 year old woman named Jessica Hayes, who has decided to never have sex in her life, legally wed her one true love Jesus Christ over the weekend at the Cathedral of the Immaculate Conception in Indiana. She was wed by Bishop Kevin C. Rhoades in a ceremony in front of more than 200 people.

Jessica said that she kept changing her wedding dress because she didn’t want it to be too revealing, which kind of fits in with her whole lifestyle choice, I suppose.

Here’s what she had to say about her decision:

My students asked if they should call me Mrs. Hayes when I come back to school next week, and no, I’m still Ms.

But I am married to Jesus.

I think that in some sense, we’re all called to be married. It’s just a matter of discerning how. So, my marriage is to Christ and someone else’s marriage is to their spouse. 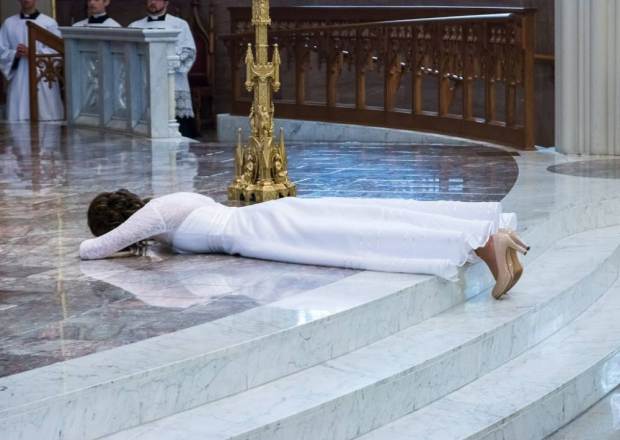 I had been praying about it for years, trying to seek God’s will for my life and not really finding it in any of the paths that I sought before.

It was really a consideration of which things brought me the most joy and where my greatest happiness was.

I’ve seen so many wedding dresses over the years that I think I’ve probably changed my mind very many times. I had to really consider the appropriateness of the occasion for my dress.

I wanted my shoulders to be covered, and I would have to lie prostrate before the altar, so I really wanted to make sure that I was well-covered in a way that still shows the beauty of a bride.

Well it certainly looks like she achieved that by these pictures. Apparently becoming a consecrated virgin – as is the term, which is pretty much the same as being a nun except you’re a layperson not a nun – is something that happens in the Catholic church although it’s very, very rare. It’s thought that there are only around 3000 in the world and only 200 in the United States. I’ve no idea if there are any in the UK but I would doubt it, considering.

Although it’s fairly admirable for Jessica to go through with this and make a public commitment to her God, I can’t help but feel sorry for her as that’s literally all she’s got to look forward to in her life now: hanging out with Jesus, and we all know that he isn’t much of a talker. Still, it’s what she wants so you can’t really begrudge her that and I guess it’s better than losing your virginity at age 8 like Chris Brown.