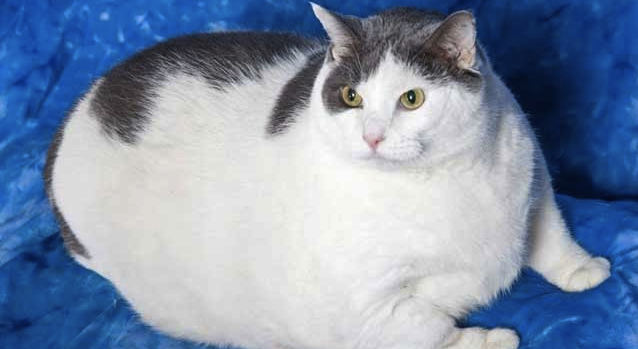 It’s kind of crazy to think that a cat could even weigh 31 pounds, but then when you find out that it eats pasta every day instead of cat food it makes a little bit more sense.

Everyone loves cats but I’m not sure if everyone loves cats who are so fat that they can’t even clean themselves. Meet Buddha – a cat from Nashville, Tennessee that has somehow managed to grow so fat that it weighs 31 pounds. That’s 14 kgs for anyone who isn’t familiar with that old system of weighing stuff that doesn’t really make any sense.

31 pounds seems way too much for a cat to weight and you might question how the hell a cat could even get to be so big but we also know the answer to that – it despises cat food and only eats human food and in particular really enjoys pasta, especially for lunch. This cat sounds like one fat lazy fucker to me with ideas above his station – but I guess most cats are probably like that huh? Apart from the being obese part, but I also guess that if most cats got fed pasta all day they would probably end up like this too. Here’s a couple of pictures of Buddha in all his glory as the top image didn’t really capture it as well as it could have done: 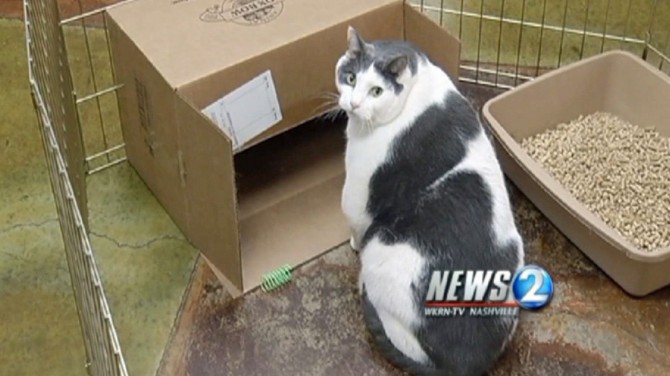 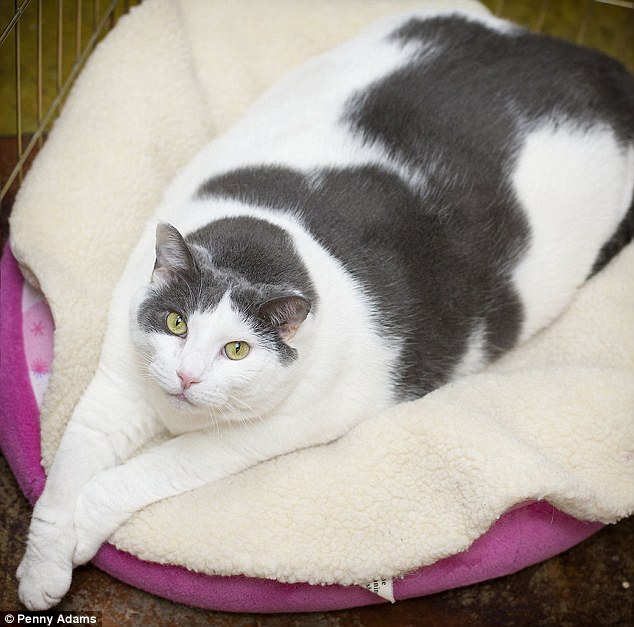 Buddha’s story goes a little something like this. He was discovered at an animal shelter in Nashville by pet store owner Chris Achord who has been rescuing animals for over 25 years and has never seen anything as bad as Buddha’s case in terms of just how huge the cat had become. Chris theorised that Buddha’s former owners probably fed him human food on the regs which is why he developed a taste for it and now refuses to eat anything else.

Buddha was given to the animal shelter after a death in their family meant they could no longer look after him properly. I guess it must have been the unemployed chef in the family (I wanted to say woman but am trying to be less sexist) who died so they could no longer spend all day cooking him elaborate pasta dishes for him to stuff his face with. It also strikes me as the kind of behaviour that is more likely to be exhibited in a woman – you know, those crazy old cat ladies who don’t have any children so bestow all their love on cats instead, like Angela from The Office -but it could be a man too for sure. I guess we’ll never know.

In any case, Chris decided to take the cat to the vet to see if he could be helped. They tried to feed him gastrointestinal food and metabolic food to try and sort out his weight issues but he was so enamoured with human food that he straight up refused to eat it. What an asshole huh?

Now, the vet has ordered him to be put on a diet and is hoping that he’ll be able to lose one pound a month until he reaches 20 pounds – a safe weight for a cat – in almost a year’s time. It sounds to me like Buddha isn’t going to like this, but I guess there’s nothing he can do about it except suck it up because there ain’t gonna be anyone cooking pasta for him anymore, no way.

Here’s a picture of Chris and Buddha in his pet store. I know this is a really obvious thing to say, but maybe Chris is being a bit hard on the cat considering how he looks? He’s basically fatter than the cat proportionally.

Meet Merlin, The Cat Who Purrs As Loud As A Lion

Artist Brings His Dead Cat Back To Life – As A Helicopter 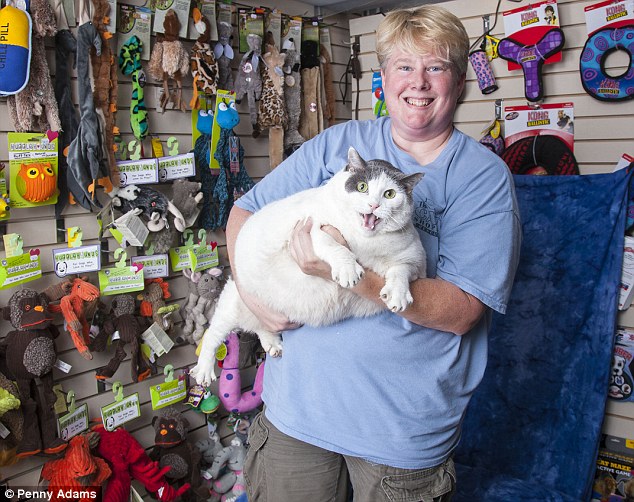