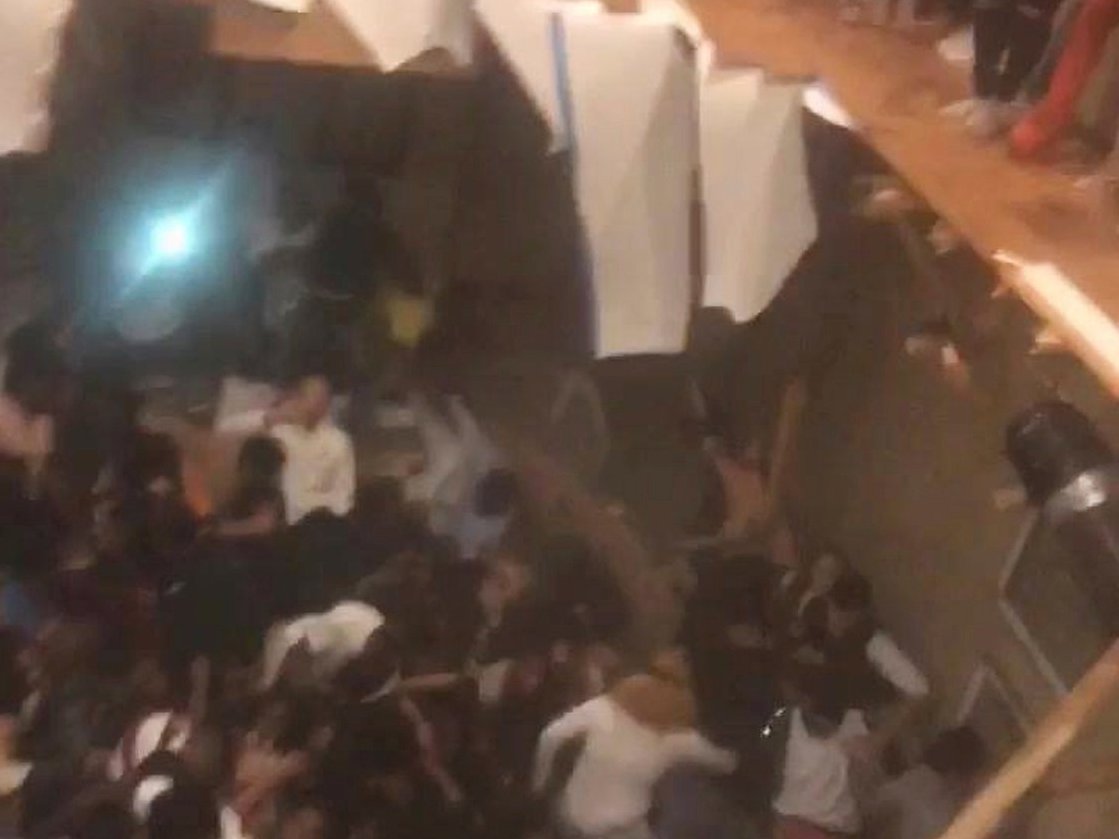 I don’t know about you, but I’ve always dreamed of going to a party where everyone partied so hard that the house legitimately got destroyed – not in a malicious way of course, just because it would be sick to party that hard – but I’ve never come anywhere near close to that level and I doubt that many people out there reading this have I either.

We do have this footage that was captured over the weekend from Clemson, South Carolina on Sunday night where a frat party was going down in an apartment complex some three miles northwest of Clemson University. It looks like this party was off the hook with everyone getting lit and the like, so much so that the floor actually ended up collapsing and everyone falling through it into the basement. It’s a doozy.

Here’s a few videos of the event as thankfully everyone was just recording themselves having fun rather than actually having fun themselves:

#Clemson . Hope everyone is ok pic.twitter.com/pdswDDcxkG

#BREAKING: Video after the #Clemson apartment clubhouse #collapse.
This was sent to us by Jay Chavis.
Dozens have been injured and taken to the hospital. pic.twitter.com/OIEYxRoXIf

A look inside the #Clemson apartment clubhouse where dozens of people were injured after the floor collapsed.
Courtesy: Joseph Lord pic.twitter.com/tkcEqs0fxv

Yeah – maybe parties were the whole place gets destroyed aren’t actually that good and they’re actually scary and dangerous as hell. Luckily nobody was severely injured in the crash – pretty damn lucky eh? – although 30 people did end up in the hospital being treated for minor injuries.

Considering how brutal it looks there I would say that’s pretty good going. Favourite part was everyone struggling to climb back up to the top floor on those floorboards – kinda like something out of Saw 2.

If you’re wondering just how this happened, then sophomore Larissa Stone will explain it to you:

A song played that a lot of people liked.

So everyone was jumping. The beat was about to drop and literally the whole floor collapsed.

It happened so quickly. I stood up, and everyone was trying to climb out.

I had blood on my sneakers. It was really bad.

I mean yeah, it did not look good. At least we know it was all down to that song playing though – just need to find out what it is and every time I’m at a party from now on I’ll whack it on and try and recreate this carnage. We can but try.

For more parties getting out of hand, check out these Cambridge students who went skinny dipping when their party got a bit turnt. Lol.