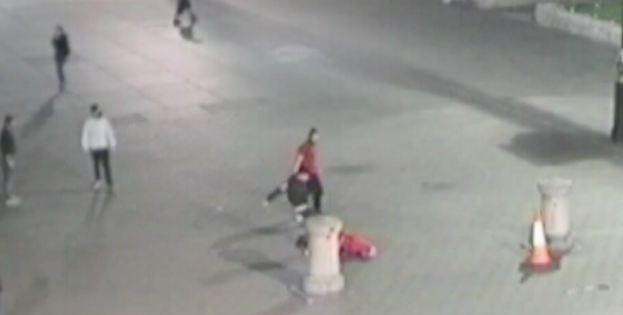 It’s very rare that someone can kill another living human with just one punch, but it does happen and it sadly happened to 51 year old Desmond O’Bierne after he was punched last summer late at night in an attack that took place in Trafalgar Square.

Desmond slipped into a coma on Saturday June 3rd 2017 after he was filmed by CCTV running away from his attackers near the National Gallery. He never emerged from it and passed away on December 20th last year.

The post mortem examination revealed that the cause of death was the head injury that Desmond sustained during the attack and police have now re-opened a murder investigation into the incident. With that in mind, they’ve also released footage of the punching below and are offering a £20,000 reward for anyone that provides information leading to a conviction.

Take a look below and see if you know anything, although be warned that it is quite an upsetting video:

Damn. As you can see, there are a bunch of people around when the attack happened who react to it and see it going down, so there must be someone out there who knows what the hell was going on with it and why that guy punched Desmond in the face. RIP.

The first suspect is described as having a top knot and full beard whilst wearing a red t-shirt, dark trousers and light coloured shoes. The second suspect who kicks the unconscious Desmond whilst he’s on the floor, was said to have a black jacket with a white motif on the right shoulder, dark trousers and a white top. Any info, contact the incident room on 020 8785 8099.

For more punching, check out this scumbag who was filmed punching his dog and beating it up. Asshole.