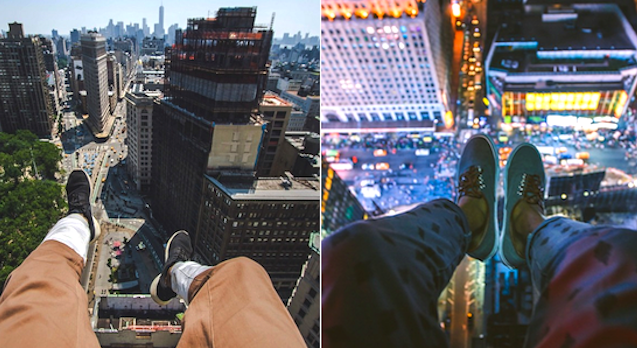 This kid sure knows what filter to use.

This 17 year old Instagram photographer is fast gaining notoriety on social media for his completely unique photographs of the city that never sleeps.

His name is Humza Deas and his photographs of the city are completely different to those cliched pictures of yellow taxis and people standing in Times Square that most people associate with New York. His photos are so sick that they could literally be on the front of a magazine cover – and it probably won’t be long until they are. He reminds me of the Russian kids that took the amazing photographs of the Pyramids a while back in his tenacity for getting the perfect shots.

Like with them, many of these photographs involve him trespassing on some of New York’s many skyscrapers to capture incredible picture of the city at night. This is why he’s picked up the nickname of being an ‘outlaw Instagrammer’ but his pictures are definitely worth the danger. There are also a lot of pictures that involve his feet, which kind of suggest he might have a James Kingston hanging off buildings kind of vibe going on.

So far he has 32,000 followers on Instagram. Do yourself a favour and get involved. All of these photographs were taken in the last week too by the way.