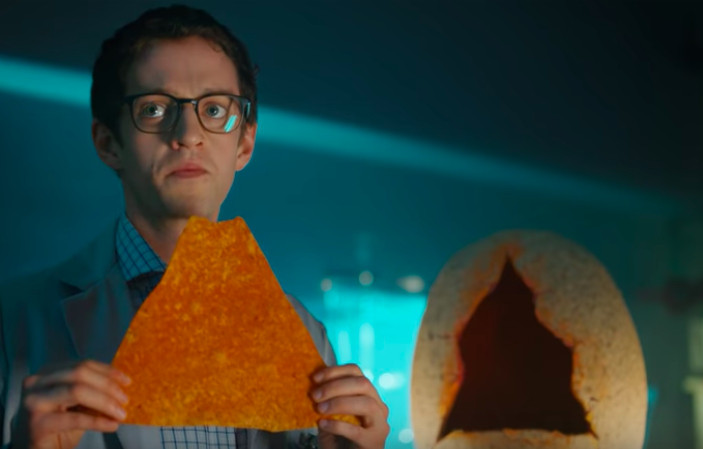 If I had $12,000 spare I can think of a hell of a lot of things that I could spend it on and I don’t think that the world’s largest Dorito would even make the top 10,000. I mean Doritos are OK but is the world’s biggest one even going to taste that good? Could just eat about 300 of them and probably have the same enjoyment. Maybe it’s a status thing or something?

Anyway, it seems like there are people out there with way more money than sense as it’s being reported that someone did actually spend $12,000 on the world’s biggest Dorito, with a total of 75 bids being placed and 10 of them eclipsing $10,000. Guess people really wanted it huh – hope it was worth it and whoever won it didn’t eat it all in one go. You wanna savour that shit. At least the money benefitted the Red Cross, so it’s not a completely stupid story after all.

You’re probably wondering how the world’s biggest Dorito even became a concept and it turns out that 100 of them were made to help promote the new Jurassic Park movie. Not really sure what Doritos and Jurassic Park have in common but hey, I’m not the marketing manager for the movie. Here’s weird promo video for them:

Yeah don’t understand that either but it’s really annoying me where I’ve seen that one scientist from before – I think maybe he was a bad guy in a TV show like 24 or something? No it was Mr Robot, I got it now. Obviously a big campaign if they’re getting someone of his calibre involved though.

Anyway, if you watched the video then you’ll see that you can actually win one of the giant Doritos without spunking $12,000 on it as well. All you need to do is tweet the Doritos account, but I’m not sure if this competition is open to people from the UK. Worth a shot if that’s something you’re interested in though.