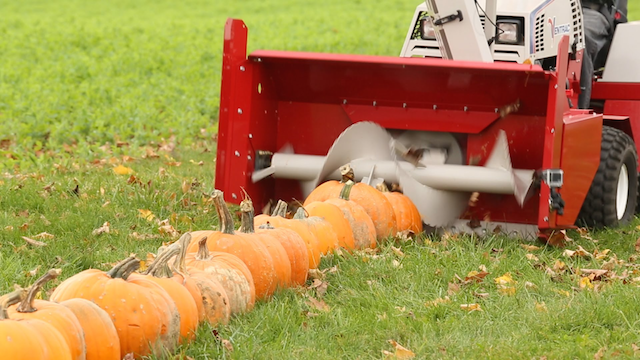 What happens to all the pumpkins after Halloween?

Following yesterday’s festivities for Halloween, there are going to be a hell of a lot of discarded pumpkins lying around today, especially over in America.

I’m sure most people probably just throw their pumpkins into the trash (or maybe turn them into a pumpkin version of Tetris) but for some reason an American company called Ventrac that makes compact tractors decided to line up 100 old pumpkins and see if their tractors could effectively use its snow blower to smash them all up and blow them out into the world.

Effectively it probably makes way more of a mess than just disposing of them in the trash would, but it still looks awesome. It doesn’t make me want to buy a Ventrac compact tractor though which I’m guessing is the reason they made this video though. Props for using a badass metal soundtrack too.