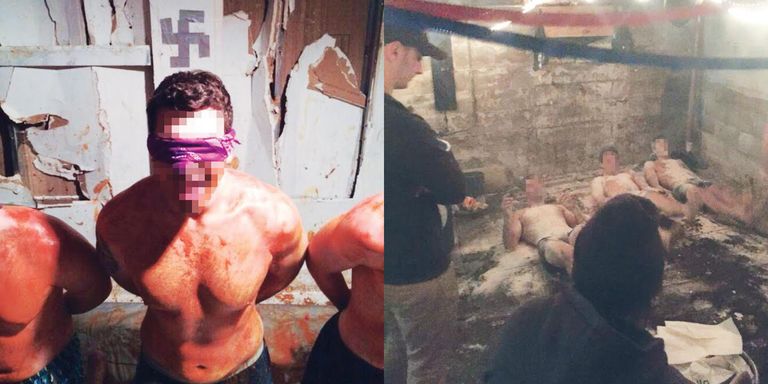 A summary of 10 Deaths due to Hazing throughout history.

Hazing: the wholesome process of subjecting newcomers and freshmen to abuse, humiliation and ridicule as part of an initiation, has been well documented in the media and pop culture alike.

Whilst some may engage in hazing activities to encourage team building and group development, more often than not those engaging in hazing have malicious intent and enjoy the power they exert over new members. Originating in Greek organisations, hazing is not only reserved for budding fraternity and sorority hopefuls but has also been common in the military and even workplaces throughout the years.

Whether it be beatings with a wooden paddle, being forced to strip naked and carry out humiliating tasks, or simply being forced to drink to excess, hazing is often abusive and bordering on torture in many instances. As such, hazing is illegal in many countries and US states, yet this hasn’t stopped people carrying out the degrading rituals.

Unfortunately, there are all too many examples of where the process of hazing has resulted in someone’s death. And there’s actually been A LOT of deaths resulting from hazing. Wikipedia has a list detailing over 200 cases of people who have met their maker as a direct result of hazing. This is a crazy number considering these people just wanted to join a group or organisation.

Going back to the 1920s right through to the 2000s, here are 10 of the worst examples of hazing gone very wrong. 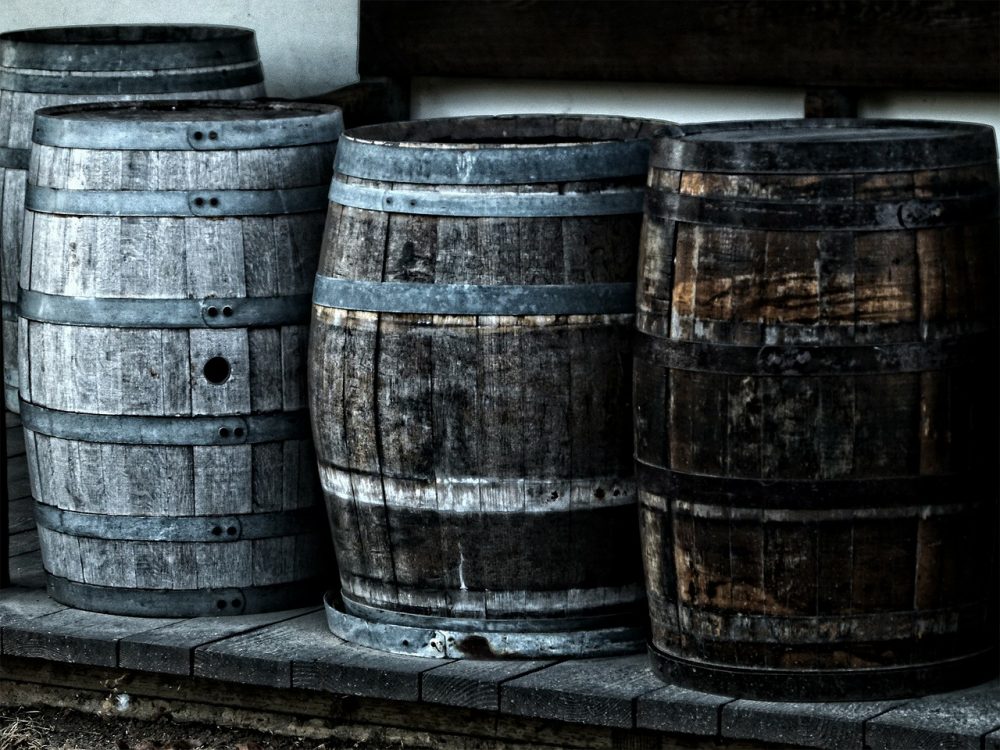 Going back to one of America’s earliest hazing deaths; William Rand was a student at the University of North Carolina. Along with other freshmen, Rand was forced by sophomores to leave his room during the night and carried onto the football field.

The freshmen were forced to sing and dance on top of a barrel and at some point, some dickhead kicked the barrel out from under Rand. He fell onto a broken bottle, severing his jugular vein. The sophomores ran away and Rand bled to death within seven minutes whilst his roommate called for help.

This is a prime example of where hazing can appear to be all fun and games, but can all too easily turn deadly. In this case and several others as we’ll see, Rand wasn’t actually pledging for a fraternity; he was simply a freshmen and so it’s not just volunteer pledges who are subjected to hazing but sometimes the simple fact that you’re new can put you on the hit list. 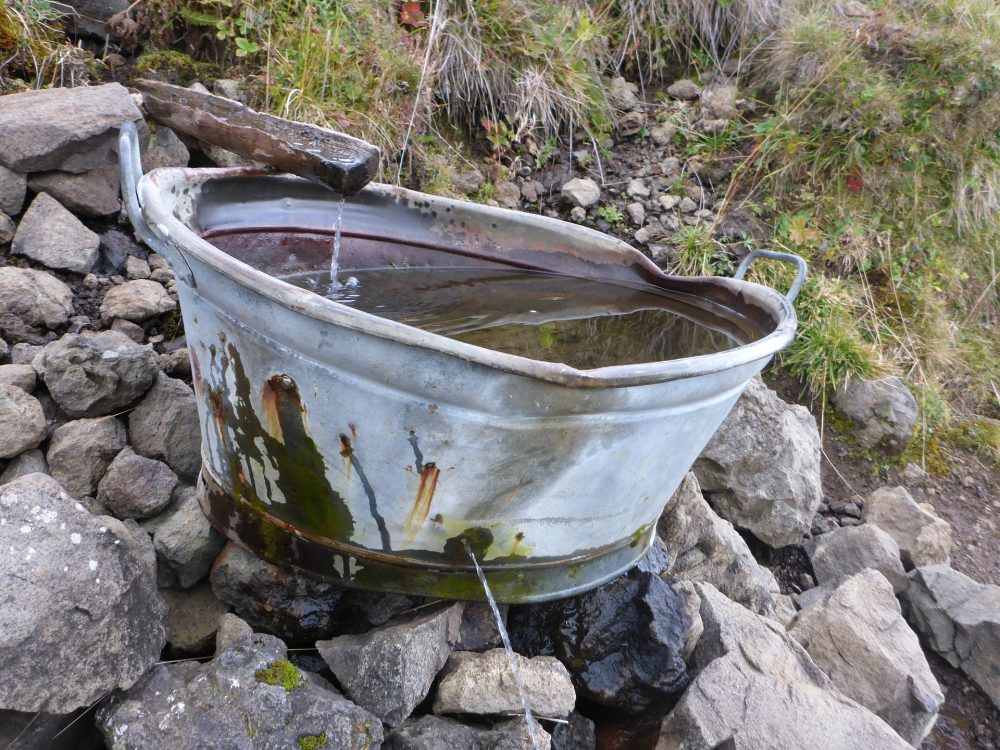 The University of Utah had a hazing ritual which dictated that all freshmen who didn’t wear a green skull cap be dunked in an iron tub of water. The ritual, delightfully dubbed ‘tubbing’ involved submerging a person’s head underwater for an extended period of time. Stringfellow was dunked on four separate occasions by upperclassmen and as a result, succumbed to meningitis induced by the tubbing ritual.

Submerging one’s head underwater is always a recipe for disaster, especially when the water is completely rank and stagnant. It’s surprising no one had fallen ill before this. 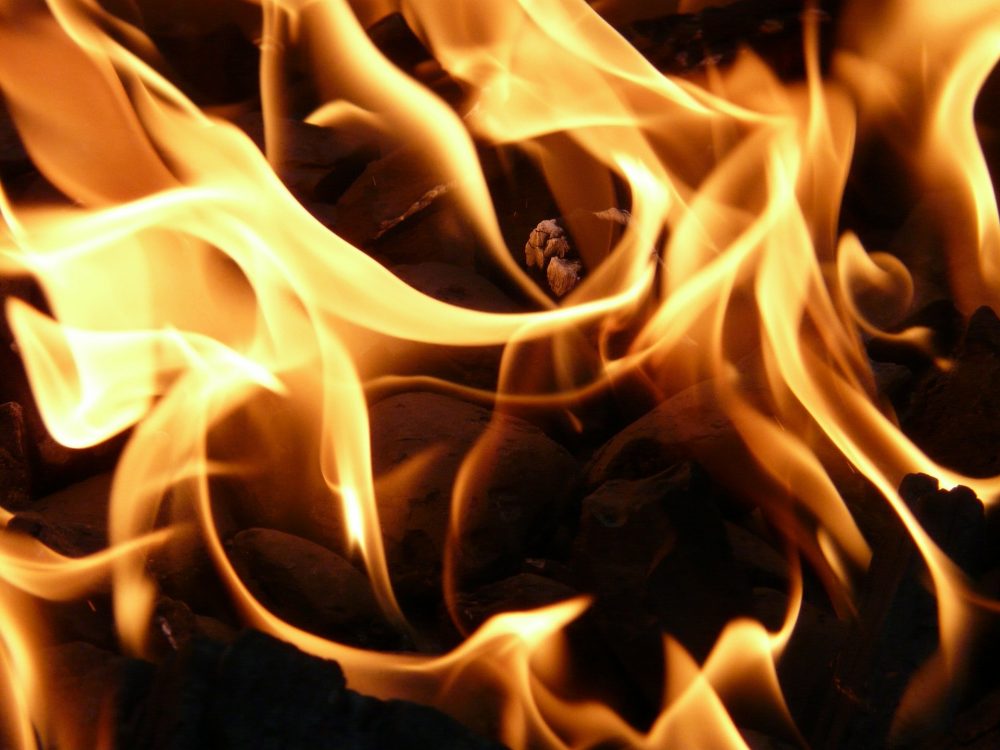 From death by water to death by fire.

Saint Louis University student Robert Perry was forced to strip naked before his nude body was coated in a flammable substance made up of lampblack and collodion. Electrical shocks were then administered to his skin. As these things often do, it went horribly wrong when an induction coil short-circuited, lighting Perry on fire. He died a day later due to his injuries.

I feel like I’m writing about the victim of some deranged killer, not some poor college student trying to join a fraternity. Crazy how out of control these hazing initiations can get. I don’t know how they thought mixing flammable substances and electricity would be a good idea. 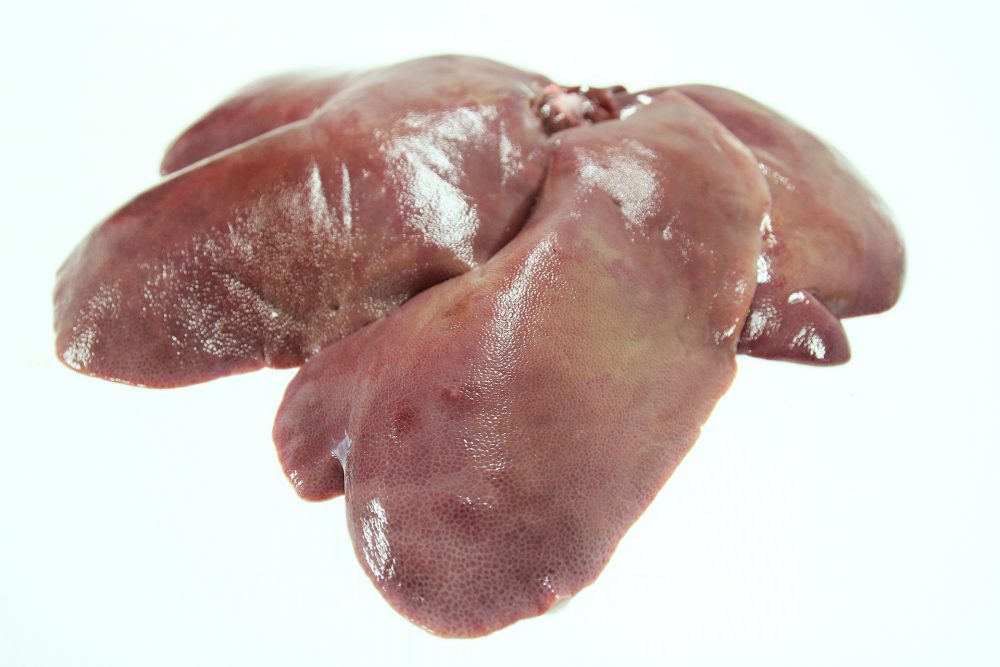 This next incident inspired the movie Fraternity Row and an episode of CSI: Crime Scene Investigation.

Richard Swanson was a student at the University of Southern California pledging for Kappa Sigma. The pledges were forced to swallow a quarter-pound piece of raw liver soaked in oil, without chewing. As would be expected in such a brainless initiation, the meat lodged in Swanson’s throat and he choked to death.

It actually took him two hours to die which must have been horrendous and apparently during this time the fraternity brothers attempted to stick fingers down his throat, smack him on the back and hold him upside down to try and dislodge the meat.

They then tried to keep ambulance workers away from Swanson, presumably to try and keep them from finding out the cause of death. They tried to attribute his death to a ‘nervous spasm’. Which begs the question, did they only try to save Swanson to protect themselves? As when actual help arrived, they were obstructive and tried to bullshit their way out of trouble. 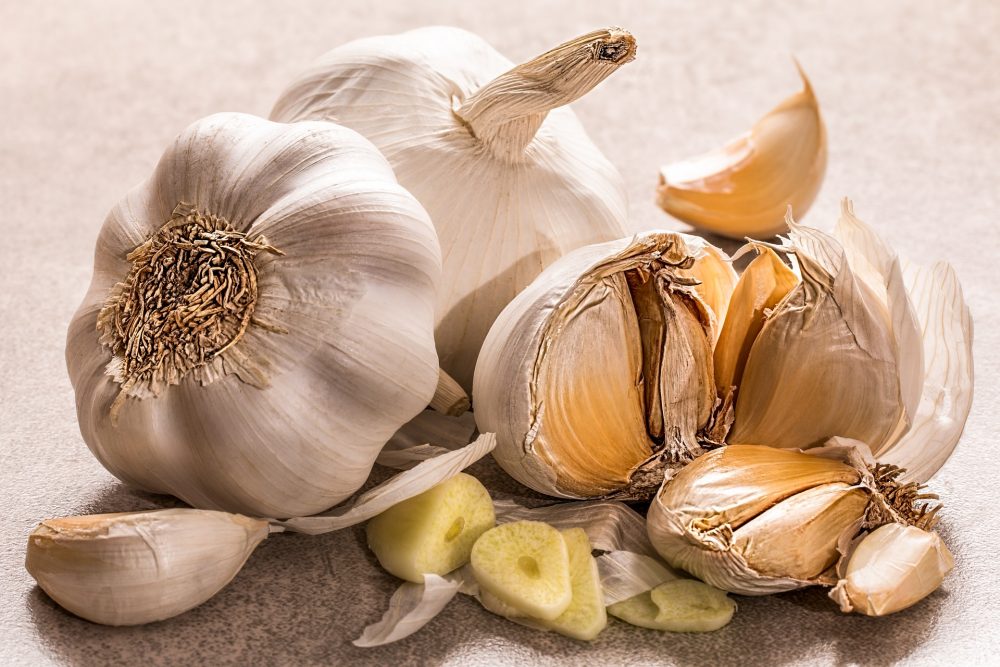 A favourite for hazing rituals is the ingestion of various nasty concoctions, and the case of John Clifton is an example of this. Clifton died at Baylor University following an initiation that saw him ingest a mixture of five different types of laxatives and garlic before being made to run in place.

He regurgitated the concoction and then aspirated, breathing the substance into his lungs. This caused significant damage to his larynx and trachea and caused Clifton difficulty breathing whilst running. Shortly after, Clifton collapsed due to a haemorrhage in his lungs and died of cardiac arrest.

These guys probably thought it would be hilarious to make Clifton shit his pants without thinking through the potential consequences. Sounds like an absolutely awful way to go. 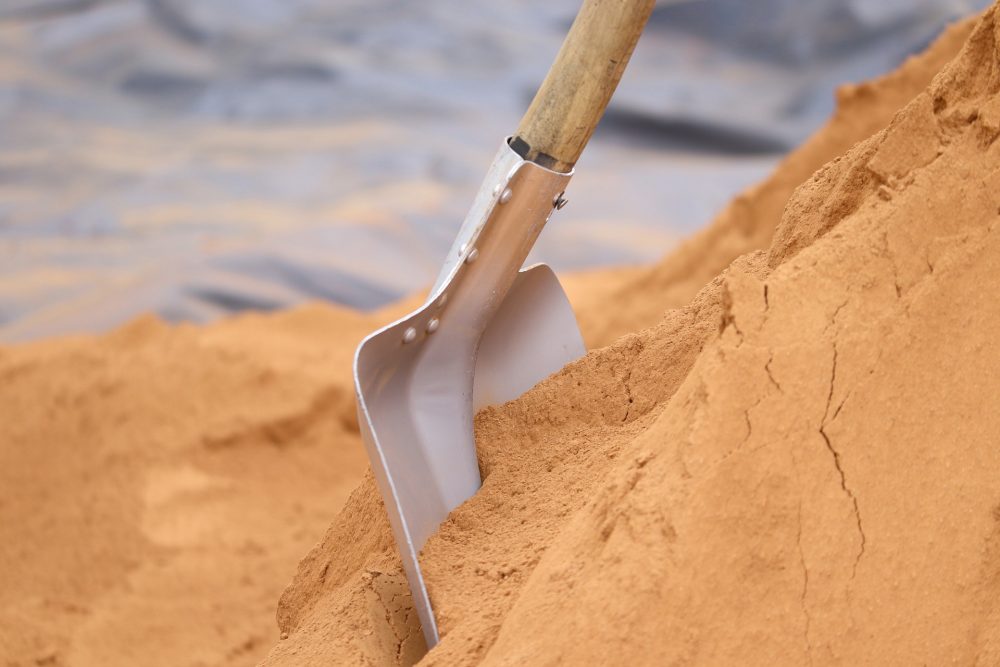 Flowers’ fate takes the form of many people’s worst fear.

Flowers, a Monmouth College student was digging a deep hole in the sand. Said to symbolise a grave, Flowers was lying in the hole when the walls collapsed and he was buried alive. Due to the fact the sand was wet, this hindered rescue efforts.

The fire service eventually arrived and pulled Flowers out of the sand after more than 15 minutes, but by then it was too late and Flowers never regained consciousness. Flowers would have been the first black member of Zeta Beta Tau had he survived and his death prompted the anti-hazing statute in New York.

Again, another ridiculous stunt under the guise of ‘tradition’ and ‘symbolism’. This one is actually one of the more tame initiations in this list, but it just goes to show that hazing often involves pledges making themselves vulnerable with sometimes dire consequences. 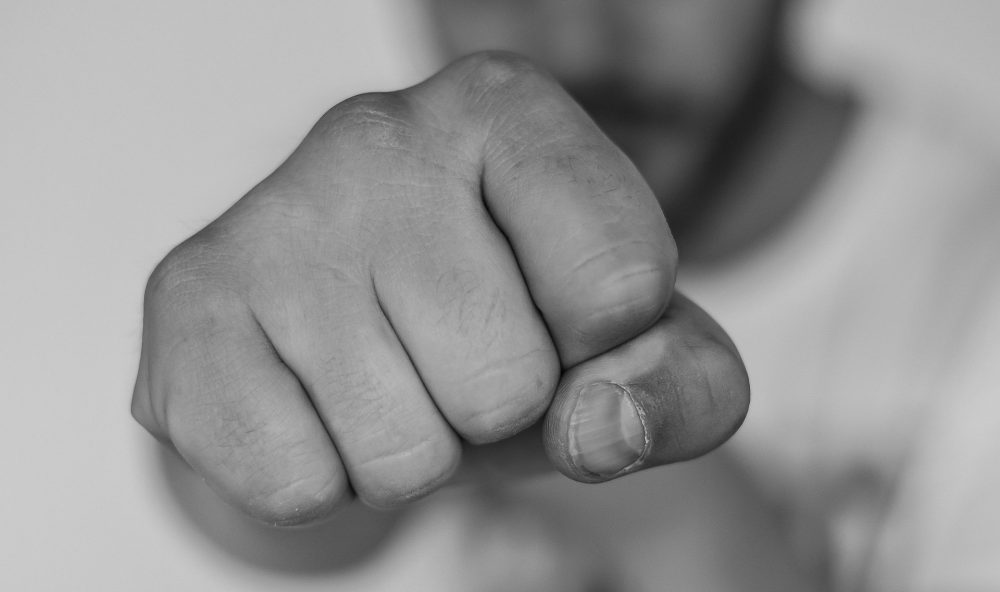 One of the most popular hazing activities is a good ol’ fashioned battering.

Southeast Missouri State University student Michael Davis was brutally beaten before falling unconscious. Davis suffered broken ribs, a lacerated kidney, a lacerated liver and bruises all over his chest, neck, back and arms.

After this kind of pummelling, you’d figure he’d be taken to the hospital right? Oh no, he was simply driven home and plopped into bed. He died from bleeding in his brain.

A lot of these hazing rituals just seem like excuses for psychopathic students to beat the crap out of pledges in the name of tradition. *shrug*

Chad Meredith was a University of Miami student who was instructed to swim across Lake Osceola after a night of drinking. The university had banned swimming in the lake as it was home to alligators as well as American crocodiles and a student had drowned in the lake in 1980. Oh, and it was also during a hurricane warning so it wasn’t exactly an easy challenge even before factoring in the alcohol consumption.

Meredith’s family successfully sued the Kappa Sigma fraternity and were awarded $12,600,000 – the largest sum ever awarded for a fraternity hazing death.The Chad Meredith Act was introduced by Florida in the wake of Meredith’s death and the Act enables prosecutors to seek felony charges for hazing.

Meredith’s father said the following after the tragic incident:

They tell you, you don’t have to do it, but you know that you’ve got to do it.

You’re supposed to do it.

It is clear that peer pressure plays a massive role in hazing participation. Why else would people subject themselves to these things? They want to fit in, be accepted and avoid the inevitable repercussions for failing to get stuck in with the activities. Sadly and stupidly though, it can often lead to death. 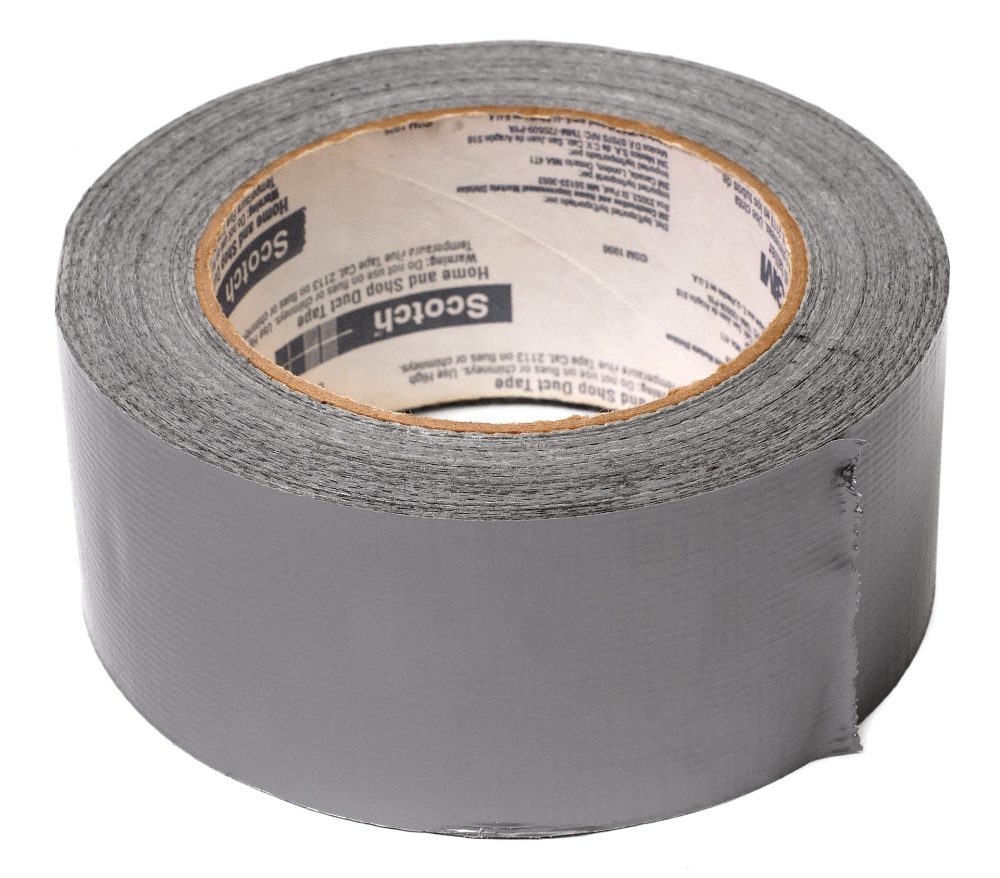 A slightly different situation with this next one. The incident in question happened after the hazing activities had concluded and is much darker for this reason when you learn the details. Klein was supposedly drinking and telling others about the hazing practices in the fraternity at Alfred University.

Whilst at a regional fraternity meeting at a hotel, two fraternity members Bradley Calkins and Thomas Lam bound Klein’s hands and feet with duct tape in a hotel room. Klein was hit in the head with a boot by Calkins amongst other injuries and whilst still tied up, was put in the bathtub with the shower turned on. Klein was told he wouldn’t be released until he promised he wouldn’t leave the hotel room.

Following this ordeal, Klein was found dead three days later in a creek behind the fraternity house. His death was ruled a suicide by drug overdose and he still had cuts and bruises on his body from the previous assault. The Greek system was subsequently eliminated from the Alfred University campus following this incident.

The case of Klein is somewhat more disturbing than some of the other hazing deaths as this was a malicious assault completely outside of the actual hazing activities and was purely intended to beat and bully Klein into silence. What a pair of absolute pricks. They both plead guilty to assault and hazing charges. 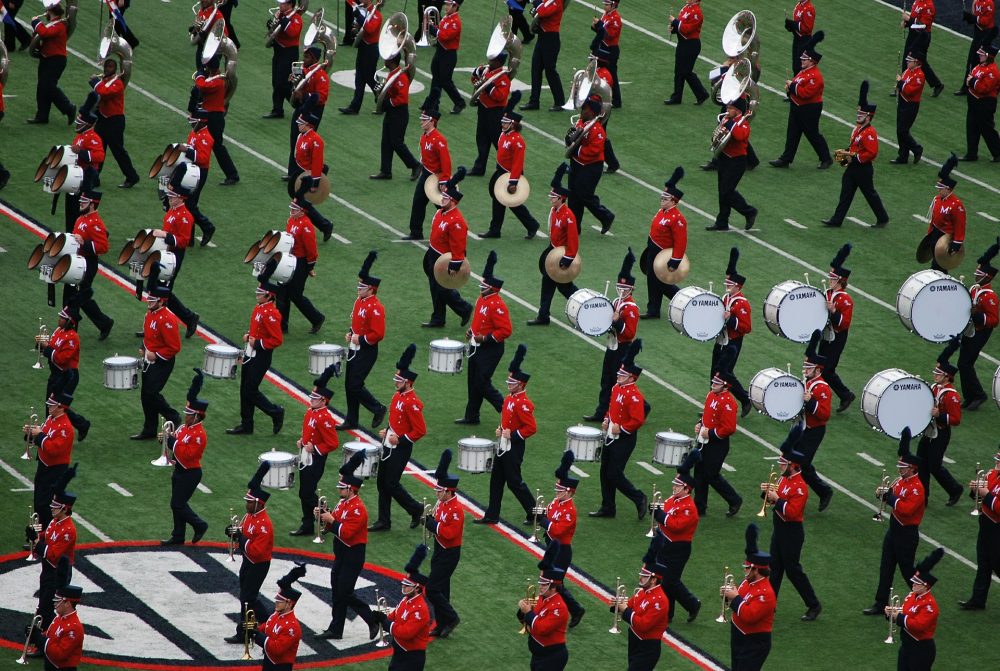 The most recent on this list, but by no means the most recent hazing death; Robert Champion, was a drum major in the Florida A&M University marching band. The marching band had its own delightful hazing technique which was dubbed ‘Crossing Bus C’. Band members had to walk from the front of the bus to the back whilst other members kicked and punched them, as well as hit them with straps, drumsticks or whatever else they had to hand. Champion collapsed and died after undergoing the ritual.

Detectives were informed by other band members that the tradition is required in order to be considered for leadership positions. The leader of the marching band, Dante Martin, was convicted of manslaughter and hazing charges and sentenced to six years in prison.

I always pictured marching bands as a rather friendly and harmless bunch, nerdy perhaps, but it seems no group is exempt from sadistic rituals.

Unfortunately, despite all the tragedies, hazing is still very much going on today with cases cropping up all the time, particularly amongst US universities. Back in February of this year, nine members of a Louisiana State University were arrested for hazing practices including urinating on pledges and forcing them to lie on broken glass. Seriously, who comes up with this stuff?

It’s also of note that in a lot of these cases where things have gone wrong, these so called ‘brothers’, often do a runner, lie to police, try and hide the body and pretty much do anything other than what a brother would actually do for a loved one.

If hazing is required to join a group, then that’s a group I definitely wouldn’t want to be a part of.

For more of the same, remember the time the Sigma Pi fraternity lost their charter when their twisted hazing was revealed? Absolute carnage.