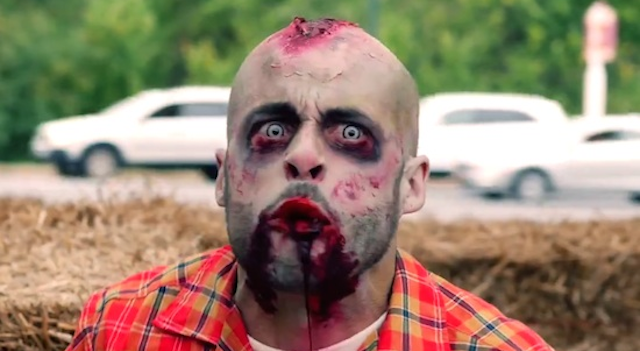 Expect a lot more of these in the run up to Halloween.

A good scary prank is always well received here on Sick Chirpse – check out this killer clown prank from a few weeks ago for example – but there are always going to be way more of them in the run up to Halloween for obvious reasons.

Ed Bassmaster has started us off with this zombie scarecrow prank which actually does a pretty good job of terrifying everyone it’s played on. At least all the people featured in this video that is, except one particularly badass woman who just laughs in his face while her boyfriend cowers like a little pussy next to her.

It’s fairly simple stuff – he pretends to be a scarecrow but then rips off his mask when they pose for a photograph with him to reveal that he’s a flesh eating zombie – but sometimes these ones are the best. People in this video get scared as fuck anyway which is pretty funny – maybe they’ll invest in this zombie proof house for the upcoming apocalypse as a result of it?