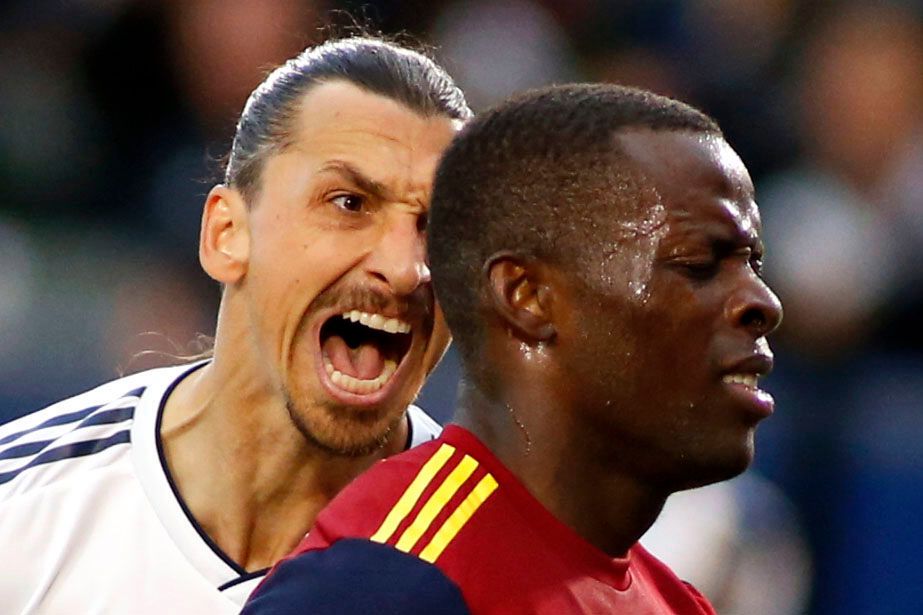 Zlatan Ibrahimovic being a dick is not exactly groundbreaking news, but he was so disrespectful of a fellow professional on the pitch during LA Galaxy’s latest game that the player actually spoke out about it afterwards.

Over here it is just a show for him. A lot of people are scared of him – but he is just a mere mortal.

First, he was very arrogant. Secondly, I thought: ‘What is this guy playing at?’

This is not the way you are supposed to do it, especially someone who is meant to be the face of the game here and the game globally.

I wasn’t a fan before – and I’m definitely not a fan now.

The pair clashed twice on the pitch, and what made it worse was that Zlatan ended up scoring the 78th-minute winner and celebrated in Onuoha’s face.

I mean look at this picture – Onuoha looks utterly distressed:

So what happened on the pitch exactly? The first flashpoint came in the 60th minute, when Zlatan was booked for dragging Onuoha to the ground by his neck in an off-the-ball incident.

Onuoha said the former Manchester United striker then made the threats to him following another challenge shortly afterwards:

This time he hit me on top of head. I was again thinking: ‘What is going on here?’ 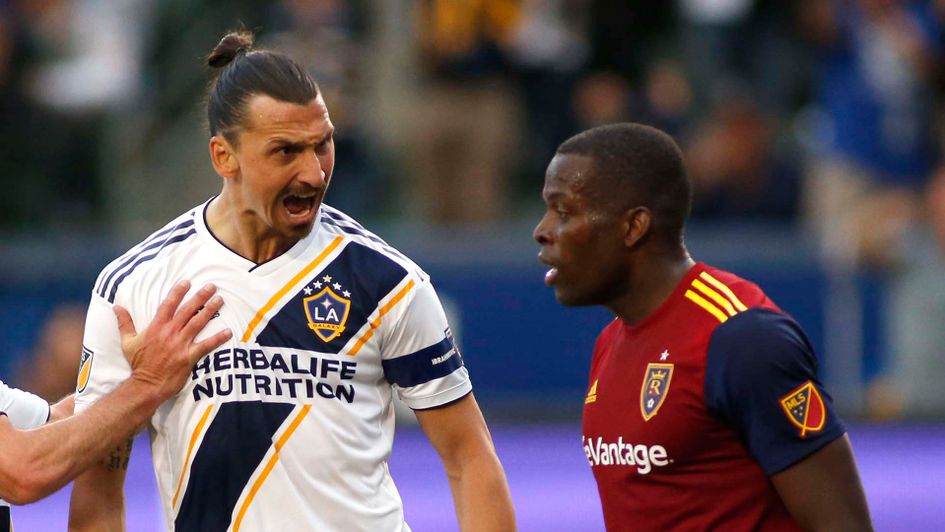 He mentioned after the game that he rejected Zlatan’s apology when the Swede came into the dressing room to make peace:

He started coming towards me and said, ‘have you calmed down, big man?’

The amount of disrespect he showed me on the field – I want to let things go, but I can’t let them go, especially when it is so raw.

The way he came in was almost arrogant in itself, trying to be all friendly. But this is the guy who fouled me on the field, tried to embarrass me when they scored, then he comes in to try and allegedly apologise.

I do not think he is a good person, so I am not going to offer my hand and, in no uncertain terms, I told him to get out.

Today at @realsaltlake practice, Nedum Onuoha addressed the incident on Sunday when Zlatan Ibrahimovic went into the RSL locker room after the game. pic.twitter.com/bBJT1Uuy0j

Asked about the confrontation by reporters, Zlatan gave his view afterwards:

I like to feel alive. I like when it becomes duels and that, because sometimes – not that I fall asleep – but I don’t feel alive if they don’t actually activate me. When I get angry, I feel good.

To which Onuoha said:

If that is how he wants to motivate himself, then whatever. He was having a poor game before that. He must have thought I was straight out of college over here, the way he was talking to me.

Onuoha is looking forward to revenge when their teams clash again in Utah in September:

The last time we played them at home we beat them 6-2. If it is anything even close to that it will be a very good day with lots of celebrations to rub in his face. 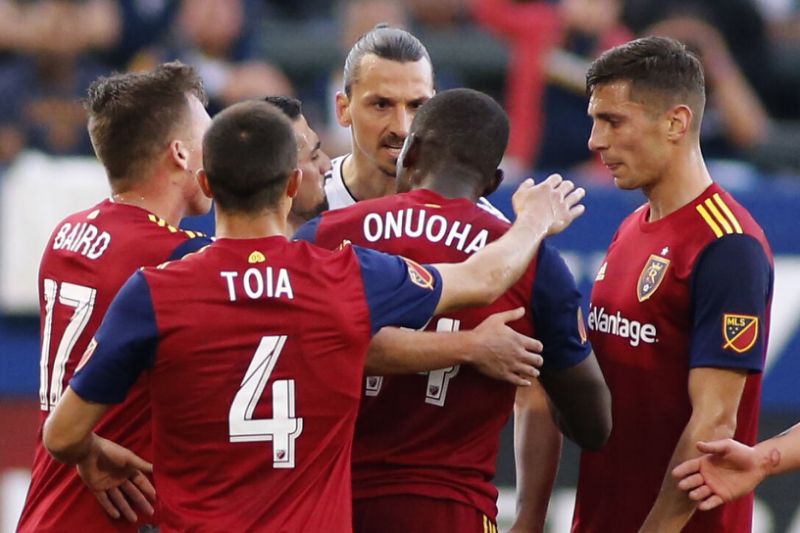 Just Zlatan being Zlatan I suppose. I mean this is a guy who told PSG they needed to build a statue of him bigger than the Eiffel Tower if they wanted him to stay at their club. Not short on confidence, and not short on douchebaggery either, but then that seems to have served him well throughout his career and is why he’s one of the most entertaining footballers to watch, no matter where he plays.

For the time Zlatan went on Jimmy Kimmel and absolutely killed it, Zlatan-style – click HERE.