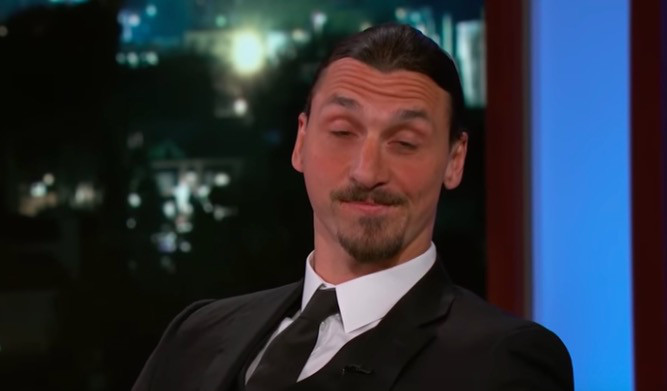 Zlatan Ibrahimovic is one of the most recognisable footballers in the world these days thanks to this audacious skills and ridiculous attitude, so it was no surprise that the LA Galaxy rolled him out on the Jimmy Kimmel show to celebrate his signing to the MLS team and promote their brand to the world.

Zlatan being Zlatan, he didn’t disappoint in the slightest, telling great stories about the World Cup, the MLS and shutting Kimmel down for calling football soccer all the way through the interview. Classic Zlatan and well worth watching, even if you’re not a football fan:

Man you gotta love Zlatan and judging by the reaction in the studio it seems like the people of the city have already taken them into their heart as their whooping and cheering for pretty much everything he says. He just completely rinses Kimmel about ten times as well, it’s a real mismatch between the two of them and Zlatan isn’t even a pro comedian/talk show host or anything and totally dominates him. Legend. That newspaper advert as well – you can’t get much better than that.

For more Zlatan, check out his greatest quotes ever. What a hero.