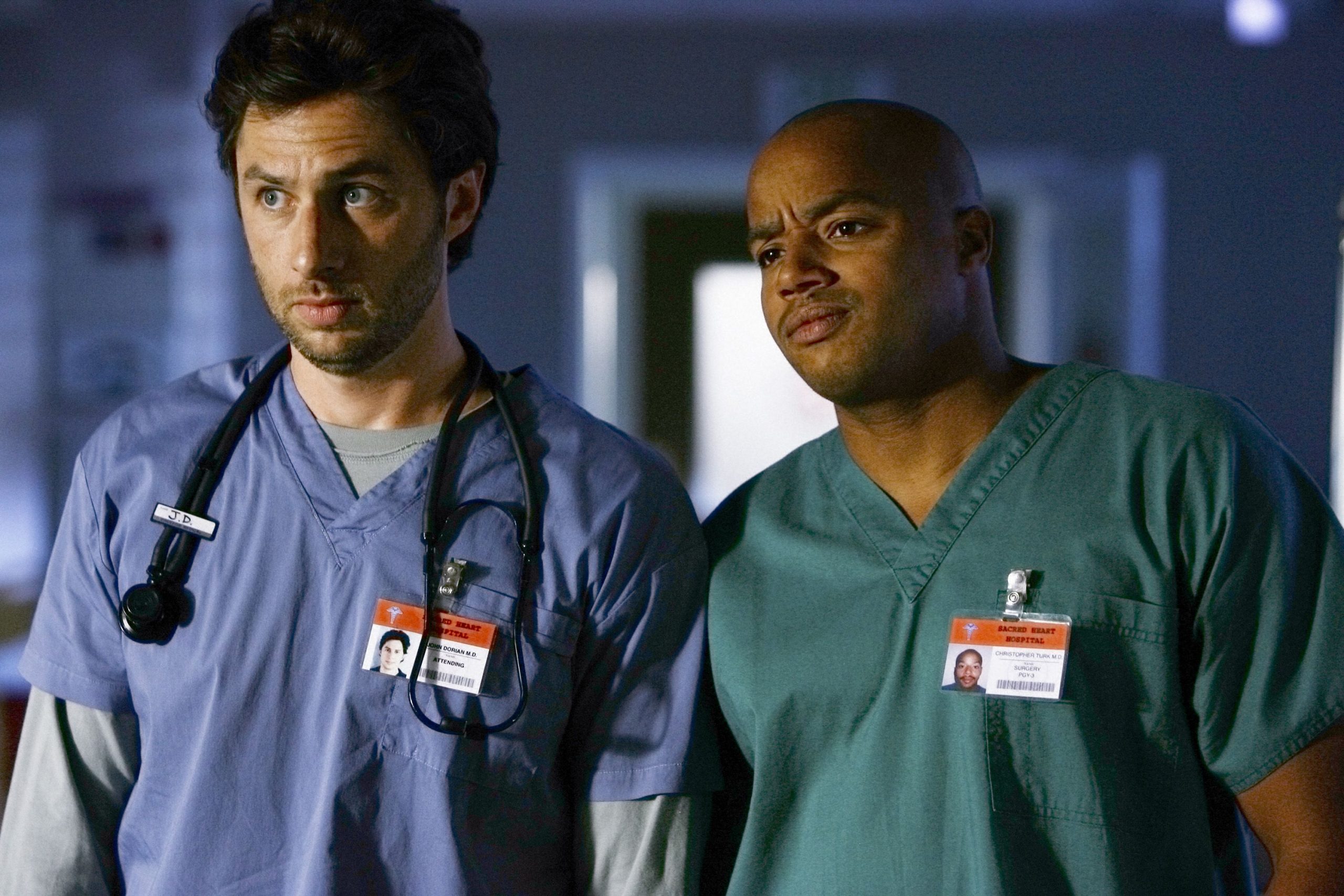 Perfect for whilst we’re in quarantine.

‘Scrubs’ is probably up there with ‘Friends’ and ‘The American Office’ as one of the best loved American sitcoms of the last twenty five years but it often isn’t mentioned in the same breath as those other two, largely because its stars haven’t really gone on to do anything of note once it finished.

Whenever you mention it to anyone of the era though they’ll gladly recount stories of watching it endlessly during their university days and all those stupid pranks that The Janitor played on JD or all the meltdowns that Dr Cox had over the years and I imagine that’s why series starts Zach Braff and Donald Faison (JD and Turk) have decried to start a podcast rewatching every episode. If Pam and Angela from ‘The Office’ can do it, why can’t they eh? And what better time to do it than now when the whole world is in a state of lockdown?

The podcast is called ‘Fake Doctors, Real Friends’ and will see the pair provide a running commentary and behind the scenes look at each episode. Here’s what Braff told Entertainment Weekly about the project:

We did it. First episode up now.
The Rewatch Podcast!!!https://t.co/yty2bcdAKZ pic.twitter.com/daK1hS7mPb

We’ll sit around and talk about funny stories and things we remember behind the scenes.

We started thinking of doing this for the people who did watch the show, fans of Donald and I who are wondering what we’re doing and how we’re doing.

This is a great place to check-in and hopefully enjoy conversations between two best friends.

I mean if you’re a fan of the show, then you’re going to enjoy that aren’t you? Might as well start listening as it’s not like you’ve got much else on at the moment, is it? The first episode is out today and available wherever you get your podcasts from. There’s the promise of celebrity guests in the future too.

For more ‘Scrubs’, check out when Zach Braff discovered he was the face of erectile dysfunction in Russia. Lol.