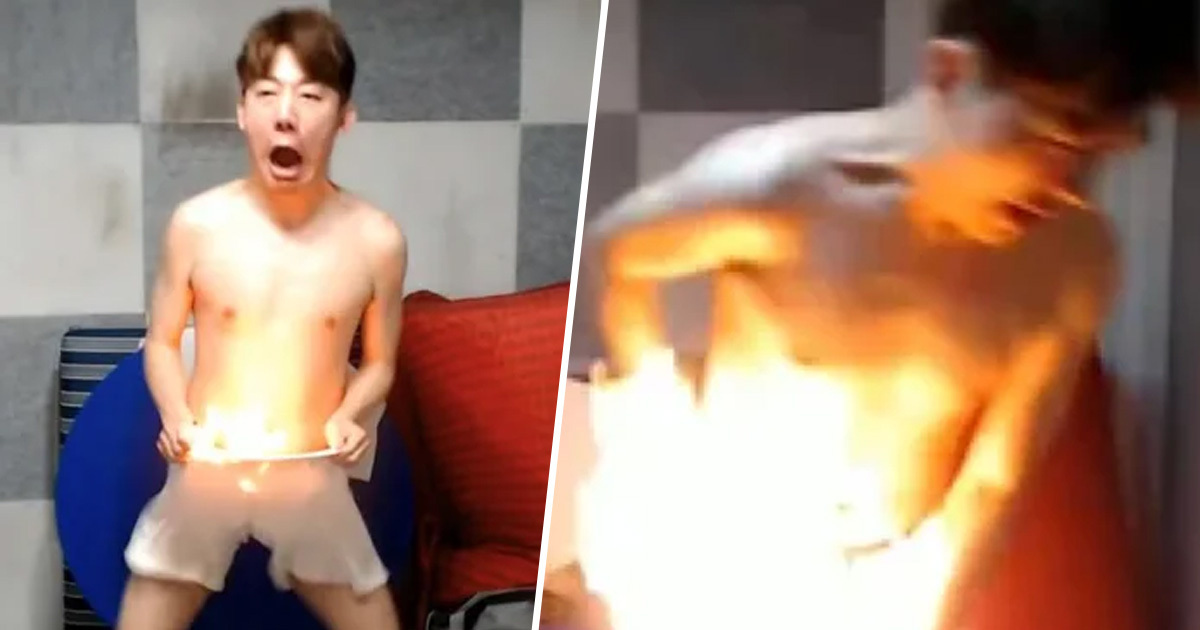 Everybody knows that there’s big money in streaming and YouTubing, but sadly it seems that you need to do something more outrageous than the next person in order to get to that level and this can often leave people in serious trouble at some times.

The latest YouTuber to fall victim to their own success is this fairly popular guy from Korea named Shin Tae II, who has managed to create a fairly solid fanbase just from streaming himself playing video games. He clearly wanted to level up though and thought that if he did something cool like film himself setting his crotch on fire than this might make that happen.

Either way, the footage doesn’t look like it was enjoyable in the slightest and Shin revealed afterwards that he had to go to the hospital to get treated for second degree burns. The rather scary/horrific footage takes place around the 3 hour 15 minute mark on the video below:

That was way tamer than I thought it was going to be, but I suppose that I don’t really want this guy to burn his dick off so I should probably just be thankful that he didn’t do anything really stupid. If he managed to get second degree burns just from doing that, imagine what it would have been like if the fire had gone on any longer. Kinda think it’s a bit suspicious how quickly it went out as well, but I guess we’ll give him the BOD because I don’t really wanna see a picture of his charred cock, do you?

For more of the same, check out this woman trying to set a car on fire but blowing herself up instead. Amateur.