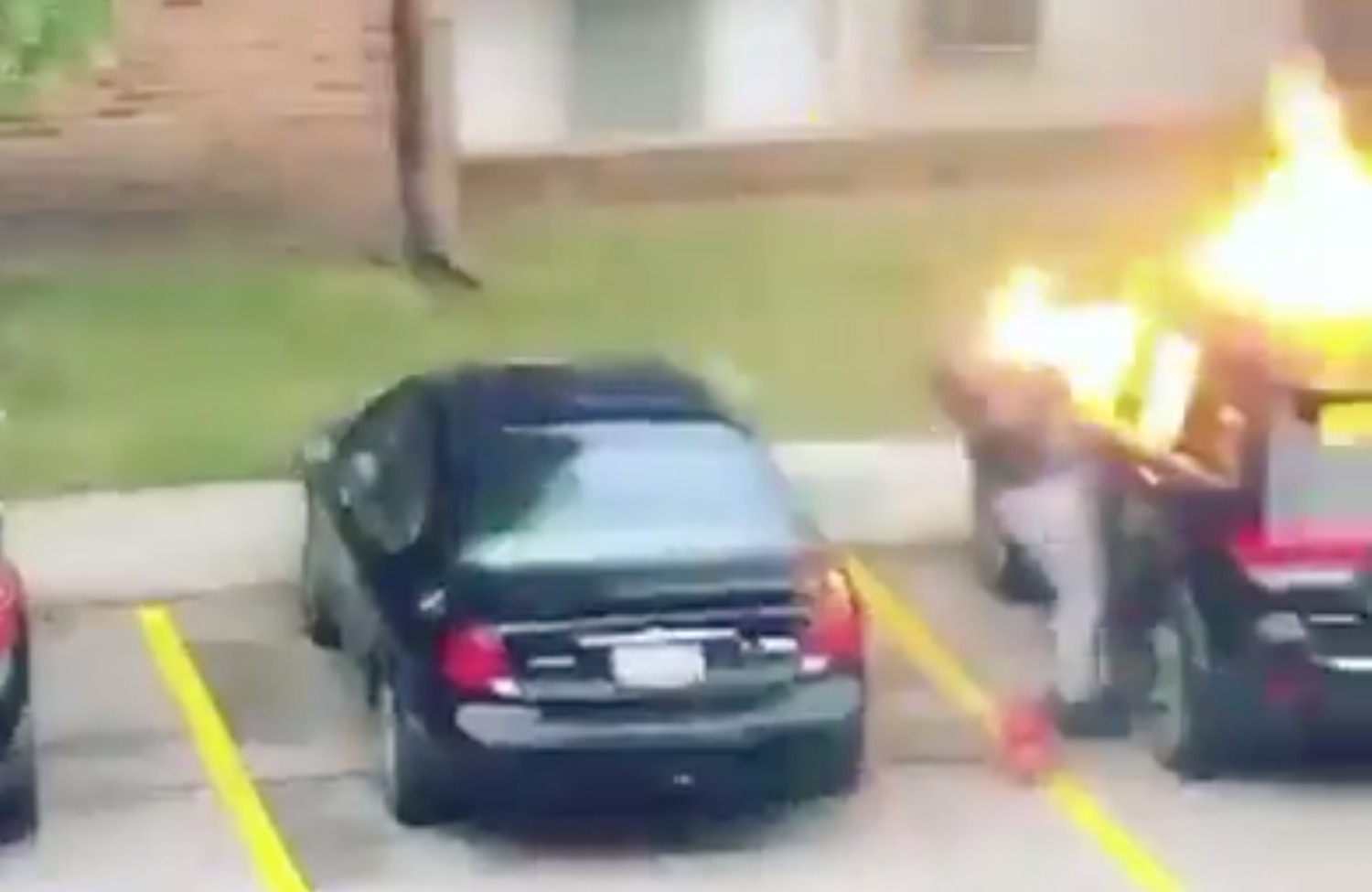 Not really sure why anyone would feel the need to blow up a car – maybe for insurance purposes? – but if you’re going to do it then you’re going to want to do a darn sight better than the woman in the video below.

The woman clearly has only seen the movie tutorial on how to smoke a car and not read any books or watched any YouTube tutorials on the subject because she thinks she can just pour gasoline all over it and then toss in a match and it won’t explode immediately. Unfortunately for her, this means that she almost blows her head off when she attempts it.

Homegirl almost took herself out with that toxic mentality 🤦🏽‍♂️ pic.twitter.com/XiEZrSGvV8

Lol. Best part is how she crawls on her hands and knees to get away from it because she’s so terrified of the immense power that she’s just been subjected to that she can’t even get up to face it.

Would love to see a picture of her face afterwards as she definitely doesn’t have any eyebrows and is probably burnt to fuck as well. Serves her right – there can’t really ever be an acceptable reason for blowing up a car, can there?

For more of the same, check out these videos of the biggest explosions ever. Ouch.