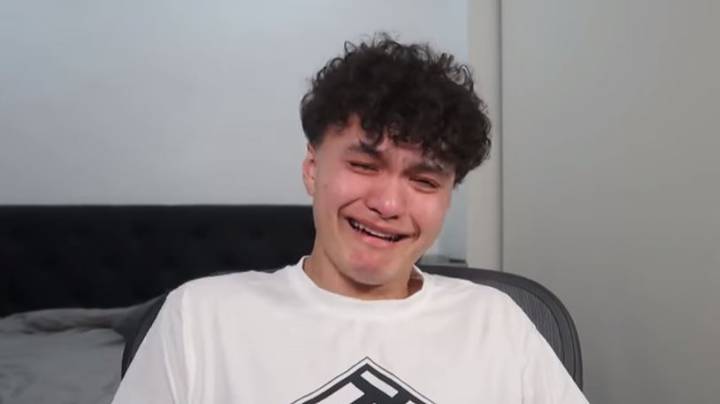 He was caught using aimbots.

FaZe Jarvis being banned from Fortnite for the rest of his life after uploading a video here he was using aimbots was one of the biggest stories of last week and it looks like he’s already feeling the effects of losing his $2 million a year income as reports are emerging that he’s moved out of his $11.5 million mansion because of it.

FaZe revealed the news in his latest YouTube update in which he said he was moving out of the LA mansion so he could spend some more time with his family and figure out what he was going to do next in his life. Wah.

You can watch the video below, or read some of the important quotes underneath that:

I want to let you all know is that you’re going to make mistakes in your life but the most important thing is how you learn from those mistakes and become a better person.

Taking a break isn’t going to be easy, but I know it’s the right thing. I’m heading home for a bit to be with my family and reflect on what’s most important to me in life and what’s next.

Most of you know a fair bit about my life, but I’ve never really explained how it all began.

I lived the majority of my life with my mum, my grandma and my brothers. I used to be a pretty normal kid. I was a bit quiet and shy. But this all changed one Christmas when Frazier and I got given our first PlayStation.

Little did I know this would change my entire life. From this moment forward, my life would never be the same.

Anyway, I’ve got no idea what’s next fro FaZe Jarvis but he’s probably got the cash to just sit around and not really worry too hard about it. Maybe go travelling around the world or something, find yourself and figure it all out.

For more of the same, check out the Fortnite creators’ verdict on FaZe using aimbots. Pretty much ruined his life.