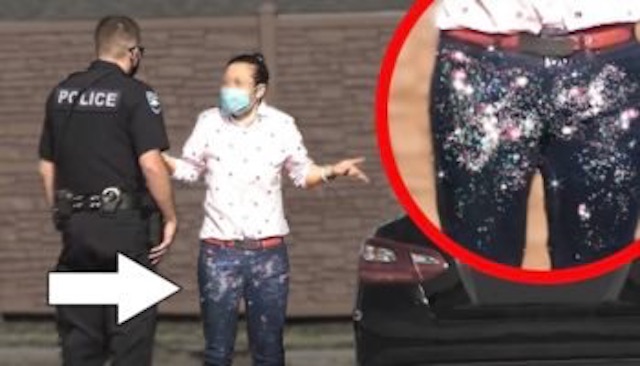 It was only earlier today that I wrote an article about how a new Royal Mail scam was leaving people with zero money in their accounts, so it’s nice to follow that up with a video of how a scammer was completely outfoxed and ended up getting glitterbombed and arrested.

The video comes courtesy of YouTuber/NASA engineer Mark Rober, who decided to fight back against the scammers in his own unique way. The scam he was going up against was one that tricks the unsuspecting victim into installing software that allows remotes access onto their computer; this then enables the scammer to trick the victim into thinking that $20,000 has been accidentally transferred to their account.

They then proceed to beg the victim to send the excess money – which was never actually sent to them – over to them via FedEx or UPS, but the drop will actually be made to a mule who is hiding out at a rented AirBnB. This time though, instead of picking up a load of money that isn’t theirs, the scammer was hit with a glitter bomb and then arrested by the cops. Sweet.

Check out the video below – it’s long but it’s definitely worth it for the payoff:

Great video, and it’s not surprising that it’s already been viewed 25 million times. It’s literally unbelievable how well oiled and drilled – and unrelenting/unrepentant these scammers are – but it’s great to see Mark and the cops nail them in the video.

Hopefully as well as being entertaining for us guys, it can also help those vulnerable to scams know what to look for and stop doing dumb shit like sending $12,000 to some random in the mail. Win win really.

For more of the same, check out this older Mark Rober video where he glitter bombs a couple of thieves who stole a package right off his front porch. Some people just have no shame.