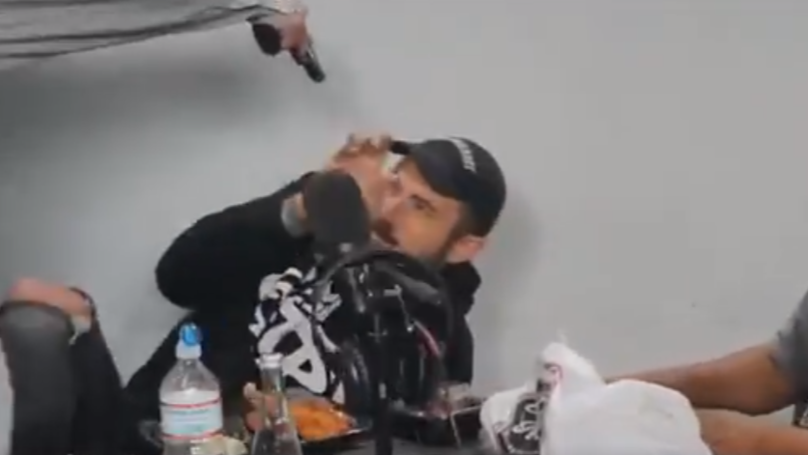 YouTubers are (sadly) some of the biggest celebrities out there these days, but these guys often don’t have the protection and security that traditional celebrities feel is a prerequisite to their lives and this is how people can take advantage of them.

The case in point can be seen tomorrow where Adam 22 – the presenter of hip hop orientated YouTube channel No Jumper which boasts 2.6 million subscribers – was filming a podcast at his store in Los Angeles where an armed gunman burst in and attempted to rob him. Adam and his buddy were just sitting down and getting ready to eat some takeaway food when this guy ran in out of nowhere and stuck a gun right in his face, right on the livestream.

Take a look at the footage below – fortunately nobody was hurt so you don’t have to worry about being super scared or if you’re squeamish or anything:

Yeah it looks like they got lucky there in that someone managed to restrain the shooter, but Adam 22 does ask a good question in saying why he didn’t just shoot them all to begin with or at least threaten them a bit better to get some money or whatever the hell he was after. All a bit weird really, but their reactions seem pretty genuine so I don’t think that this was a ploy to go viral and gain more notoriety, just a really strange situation.