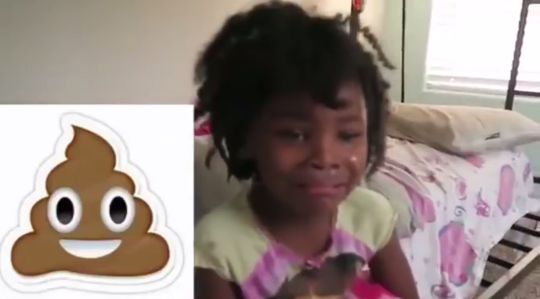 They say that people will do anything for YouTube hits these days, but I don’t think anyone thought that this would include putting their own children through terrible amounts of pain – apparently it does though.

You’re gonna see why I’m convinced of this in the video below, which features a YouTuber named Cordero James Brady who willingly fed his kids laxatives so he could make bucks of all the views he would receive. I mean in fairness that is almost a fool proof plan as people probably are gonna watch that – I mean you clicked on this article didn’t you? – but you kinda gotta think that almost everyone in the world wouldn’t want their kids to go through that? And considering Brady’s channel ‘CJ SO COOL’ has five and a half million subscribers anyway, he probably didn’t even need to do something like this as whatever inane video he posted was going to get views anyway.

Yeah, pretty gross video eh and it seems like most of his videos involve him playing some kind or pranks on his kid – there’s one where he lights fireworks in their bed and carried out a drowning baby prank on his girlfriend – with some commenters likening it to child abuse. Dr Kortney Peagram from anti-child abuse charity Bulldog Solution, said the following:

Harming your child on purpose with laxatives is child abuse. That’s child endangerment.

He’s harming his children and bullying them to pull pranks on each other, it is really disturbing.

He’s modelling inappropriate behavior and encouraging it by laughter… He’s teaching his children that it’s okay to harm each other for a good laugh.

I mean I suppose she has a point but most of them are kinda funny and not abusive in my opinion except the laxtive one. That wouldn’t even be that funny if you did it to one of your mates. Well I mean it would but not in a way that your mate would enjoy – comedy that involves hurting people is never really that cool in my book. I don’t think CJ SO COOL is abusing his children in the way that Dr Peagram says though. Not cool for him to feed them laxative though, no way partner.

I don’t think anything actually happened to CJ though, despite the fact that the video was investigated back in 2016 and was submitted to the DAs office by the police and recommended as a criminal case. Some people get all the luck I guess.