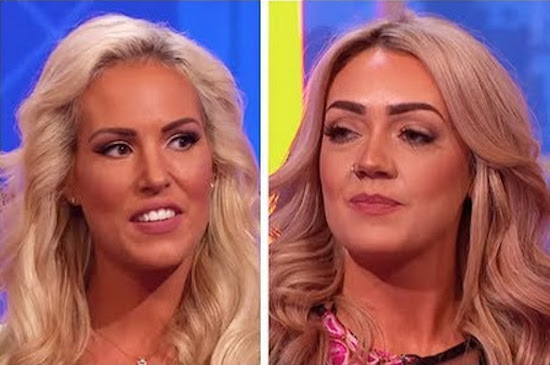 This guy has to pick who’s hotter out of his ex and current girlfriend.

You might remember Your Face Or Mine? from when it aired on E4 some years ago back in 2002/03, but in case you’re unfamiliar the concept of the game is pretty simple: a couple have to decide which person they think is more attractive when presented with two people.

With a concept like that it’s kind of crazy that the show only lasted for one real series, but someone somewhere has realised its potential and bought it back on Comedy Central for another run in 2017 and it looks like they’ve raised the stakes a bit too. Original host Jimmy Carr returns alongside Katherine Ryan and some of the first promo clips look awesome.

Check out the one below, where a dude has to pick who’s better looking out of his ex girlfriend and his current girlfriend in order to win cash:

Absolutely savage, but I suppose that Ben guy knew what was good for him by sticking with his girlfriend. I mean he might have won £300 otherwise, but I doubt that there was any way she was going to EVER let him forget that after saying on live television that his ex gf was hotter than her so he definitely did the right thing, even though it was blatantly obvious she wasn’t. He knows, basically.

Anyway, if you wanna tune in to the new series of Your Face Or Mine then it’s on every Wednesday at 8pm on Comedy Central. This probably isn’t even the best of it yet.

For more of the same, check out this girlfriend testing her boyfriend with an older personal trainer and not getting what she wanted at all. That’ll teach her.