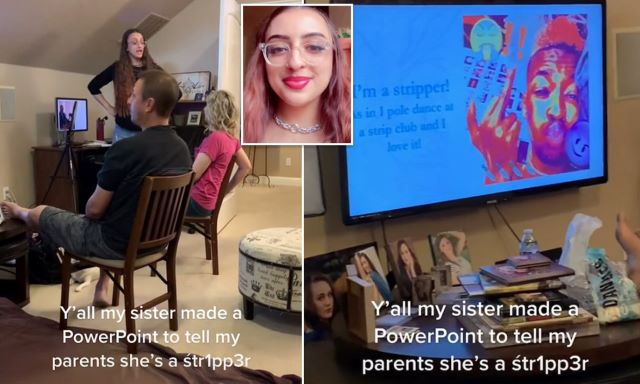 If you were about to confess to your parents that you had a secret job as a stripper, I’m not sure a PowerPoint presentation would be the best way to go about it.

Having said that, it seems to have worked out well for this young woman named Lex over in Portland, Oregon…

@mildwestsami@lex1898 is WILD😩 Jokes aside our parents are the literal best, my mom said “I’m surprised how proud I am” 🥺😭😭 #hotgirlshit #getthatbagsis

Ah yes. ‘Sex positive, powerful and cool’ – the exact thoughts running through the minds of the men putting dollar bills in her G-string, I’m sure. Regardless, seems to have done a pretty good convincing her parents not to worry about it? In fact the mum seemed totally happy about it (especially that she had guessed her daughter was a stripper) and the dad was literally clapping at the end. Poor guy probably gave up on her a long time ago, to be fair. 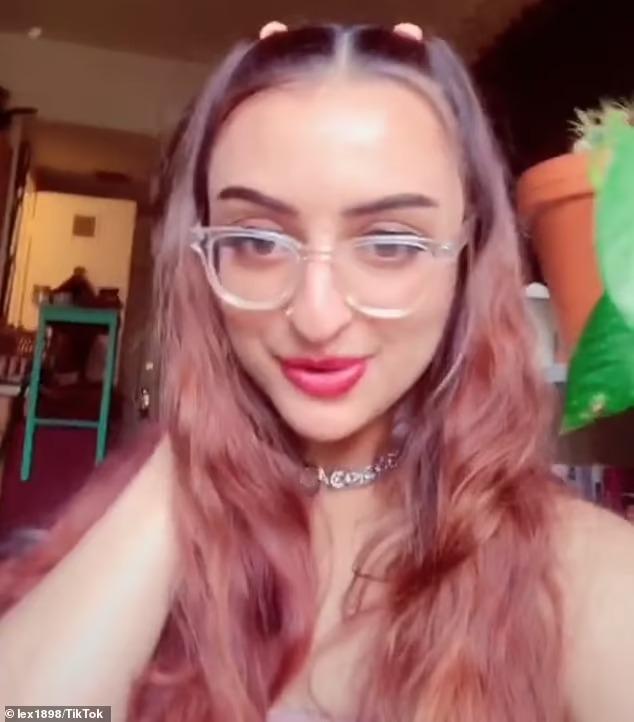 I’m also dubious about the part where she says the strip club is a totally safe environment where there’s no shady practices going on whatsoever. I mean come on. I don’t care what city you’re travelling to, everyone knows that if you’re looking for ANY kind of drug or any shady activity at all, the strip club is your first stop. Looking at her pic though, maybe she works the daytime shift and so doesn’t see as much shadiness going on.

Either way, congrats on having cool, accepting parents I guess. I probably wouldn’t have been quite as happy about it, but then Portland is a notoriously weird place.