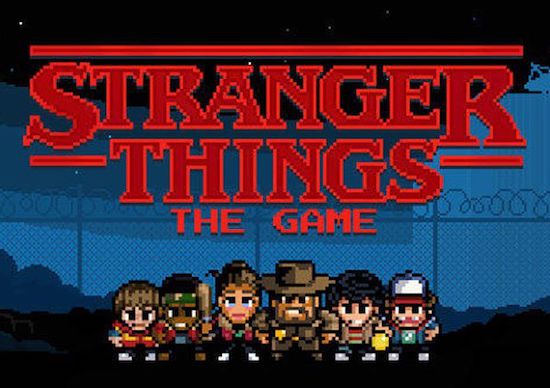 Stranger Things was undoubtedly one of the hottest new TV shows last year so it only makes sense that the premier of the new series would be one of the most anticipated events of this one.

There are only a couple of weeks until it drops, but in the buildup to it Netflix have decided to ramp up the hype by creating an 8 bit video game version of the first season to get you up to speed. You can download it to play on iOS or Android and from the looks of the trailer below it looks like it’s going to be completely awesome, combining all of your favourite games from your childhood like Zelda and R Type:

That actually looks like it’s going to be completely sick and not just like some kind of crappy game to promote a TV show – a lot of effort seems to have gone into it and it looks like it’s actually going to be an epic experience if you bother to play it. Definitely worth downloading and playing on your commute. Everyone on the train is probably going to think you’re an absolute dude when they see you playing it as well.

If this isn’t enough Stranger Things hype for you, then check out the trailer for the new series. You know that’s going to be sick.