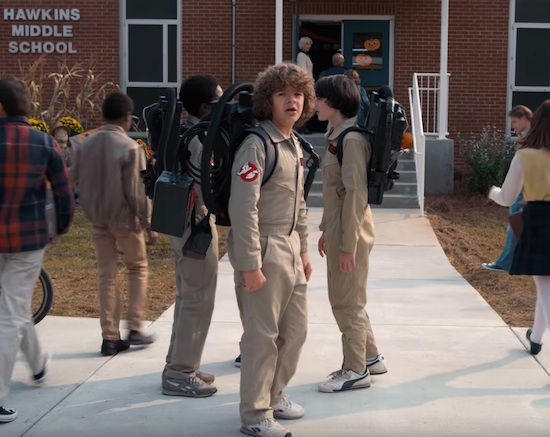 Stranger Things was the breakout television hit of last year, so it makes sense that its creators would use an advertising slot at the Superbowl to announce its return.

The show is set to premiere of Netflix this Halloween, which means we’ve pretty much got a ten month wait for it, but hopefully we’ll see a lot more trailers for it other than just this one in the run up to it as it’s not exactly giving much information away about it:

Well, I guess we know that Eleven is still alive and that the gang are really getting into Ghostbusters, but there’s literally no other information about it, except that it looks a lot creepier and more terrifying than the last season. Probably why it’s going to premiere on Halloween, to make it as scary as possible. Likely to succeed as well probably.