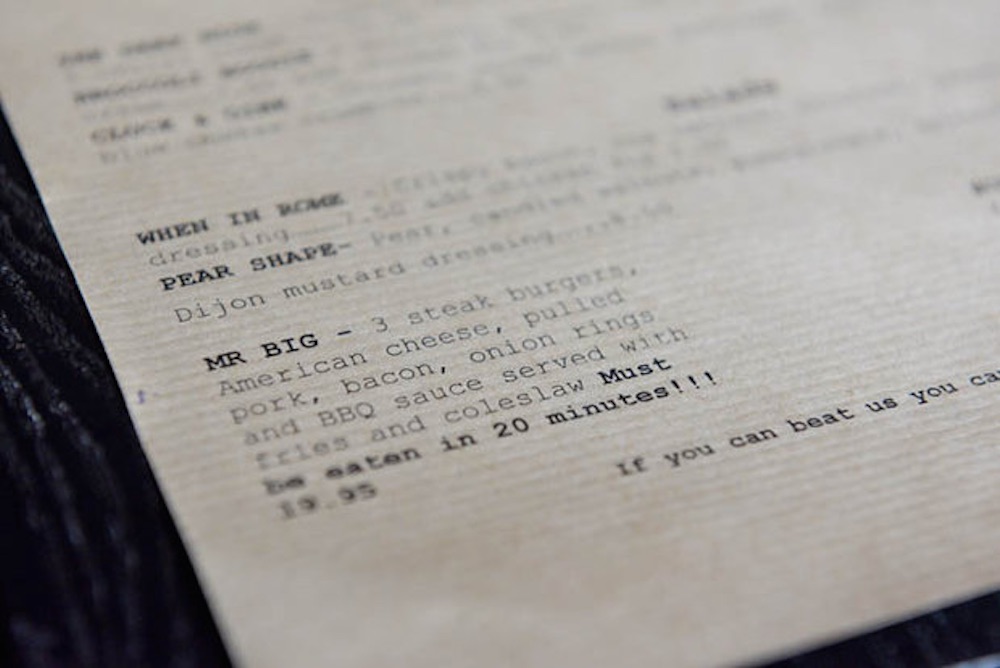 There are some absolutely insane burger challenges out there as restaurants constantly try to outdo each other to see who can get the wackiest/zaniest burgers out there.

We might have found a winner though with the Mr. Big that you can find at Crust in Solihull (a suburb of Birmingham) because it’s literally insane and weighs in at a belly busting 6000 calories. That’s like three times as much food as you’re supposed to eat in a day.

The meal itself is three massive steak burgers, crispy bacon, smokey BBQ pulled pork, mature cheddar, crispy onions, coleslaw and fries. You then whack it all into a burger and hey presto, you’ve got a 6000 calorie death trap that amazingly contains 300g of fat. It’s also 12 inches high when you order it and looks a bit like this: 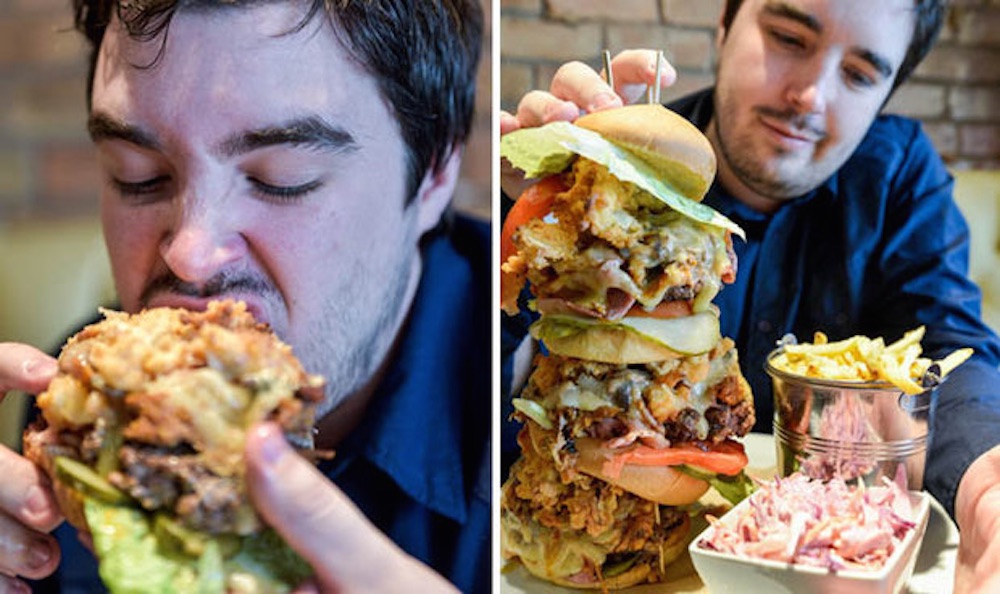 The guy eating it is some food fan called Elliot Rhodes who figured that he would be able to do the challenge in the 20 minute time limit no problem. Of course, it didn’t work like that and the burger completely annihilated him, leaving him feeling ‘exhausted’. Pussy.

Seriously though, I don’t even think it would be enjoyable to eat a burger that looks like that, it’s just so fucking big isn’t it? Absolutely not going to order it myself if I ever find myself in Crust, no way.

I wouldn’t mind trying a deep fried mac and cheese burger though – although it’s probably unhealthier at least I might stand a chance of finishing that one off.