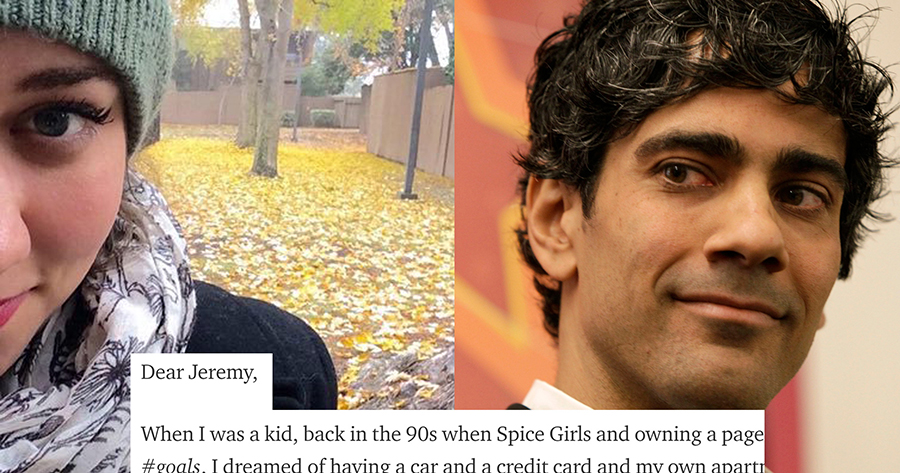 The CEO of Yelp is one ruthless MOFO.

A customer service rep for Yelp wrote an open letter online addressed to the company’s CEO, detailing the difficulties she and her colleagues go through to survive in San Francisco on minimum wage. I guess she was hoping to kick-start some kind of mini revolution that would lead to a salary increase for all Yelp employees on minimum wage, but that’s not what happened at all. 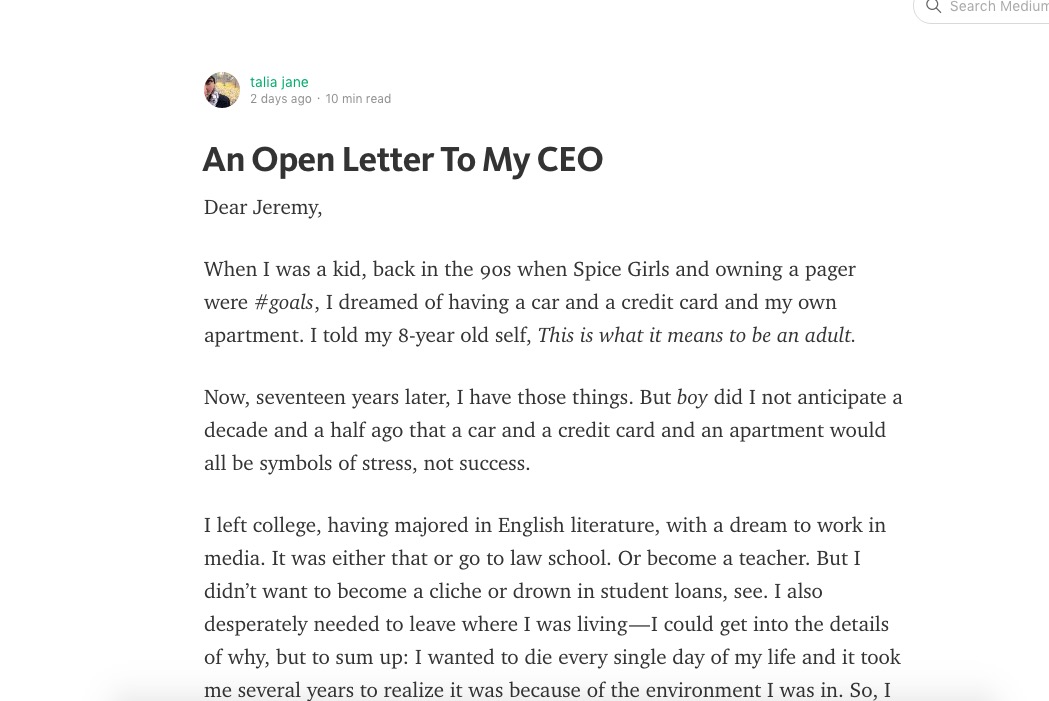 So here I am, 25 years old, balancing all sorts of debt and trying to pave a life for myself that doesn’t involve crying in the bathtub every week. Every single one of my coworkers is struggling. They’re taking side jobs, they’re living at home. One of them started a GoFundMe because she couldn’t pay her rent. She ended up leaving the company and moving east, somewhere the minimum wage could double as a living wage. Another wrote on those neat whiteboards we’ve got on every floor begging for help because he was bound to be homeless in two weeks. Fortunately, someone helped him out. At least, I think they did. I actually haven’t seen him in the past few months. Do you think he’s okay?

She explains how she can’t afford groceries because 80% of her income goes to paying rent:

I haven’t bought groceries since I started this job. Not because I’m lazy, but because I got this 10-pound bag of rice before I moved here and my meals at home (including the one I’m having as I write this) consist, by and large, of that. Because I can’t afford to buy groceries. Bread is a luxury to me, even though you’ve got a whole fridge full of it on the 8th floor. But we’re not allowed to take any of that home because it’s for at-work eating. Of which I do a lot. Because 80% of my income goes to paying my rent. Isn’t that ironic? Your employee for your food delivery app that you spent $300 million to buy can’t afford to buy food. That’s gotta be a little ironic, right?

Yelp got back to Talia ASAP… to fire her.

i love to get fired because i said out loud that i can't afford to pay my rent, this has solved all of my problems!

my manager wasn't even notified until I called him. this didn't come from my department. this came from…………….the Big Guy.

1/5 Late last night I read Talia's medium contribution and want to acknowledge her point that the cost of living in SF is far too high.

2/5 I have been focused on this issue, backing anti-NIMBY group SFBARF and speaking out frequently about the need to lower cost of housing.

3/5 I've not been personally involved in Talia being let go and it was not because she posted a Medium letter directed at me.

4/5 Two sides to every HR story so Twitter army please put down the pitchforks. The reality of such a high Bay Area cost of living is…

5/5 entry level jobs migrate to where costs of living are lower. Have already announced we are growing EAT24 support in AZ for this reason.

Might seem a bit harsh that this girl has lost her livelihood over this, but on the other hand no one forced her to take this job and no one forced her to live in a super-expensive city like San Francisco either. Did she even do her research before moving there? If she did and saw what wage Vs cost of living would be like then she probably should’ve started looking elsewhere.

I get that minimum wage is really low and times are tough etc but if you’re working in the tech industry then maybe find something that pays more than minimum wage and do it somewhere that isn’t one of the most expensive cities in America. What you probably shouldn’t do is call out the company CEO on social media.

It’s not all bad though – need we remind you of the 5 excellent benefits to being unemployed?