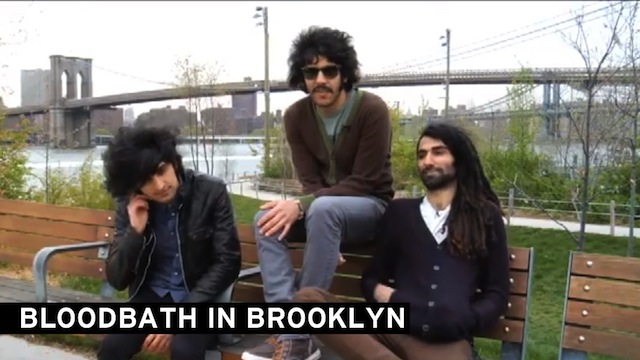 All three members of The Yellow Dogs â€“ an indie-rock group based in New York but originally from Iran â€“ have been murdered by another musician they kicked out of the band.

All three members of The Yellow Dogs — an Iran-born indie-rock group based in Brooklyn, New York — have been murdered by another musician they kicked out of the band, after he sold some of their stage equipment without permission.

The killer – Raefe Ahkbar – approached a town house where the band was staying and first shot and wounded someone outside. He then moved through the building itself, locating each of his former band mates and shooting them dead. When police arrived he moved to the roof of the building and began firing down at them, before shooting himself to death.The victims were Soroush and Arash Farazmand, and Ali Eskandarian.

Imagine if Pete Best had done what this guy just did.

Here’s one of Yellow Dogs’ tracks — ‘The City’. RIP guys.

â˜› Up Next: Seven Serial Killers And Their Favourite Songs