Xbox/Ibiza Rocks end the summer with a bang and a chance for you to meet Snoop Dogg! 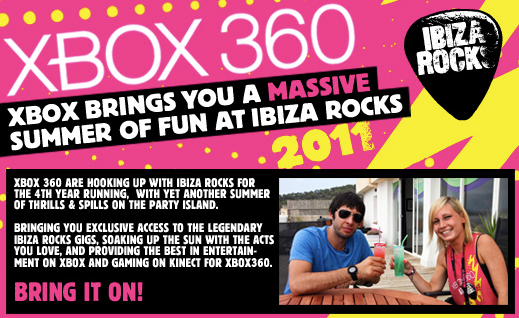 Xbox and Ibiza Rocks joined forces this summer to run a competition that they tagged 'The Best Summer Job Ever.' Normally I would be sceptical of a competition that offered you the prize of a summer job – I mean nobody wants to work a job ever right, least of all in the summer right? – but this job does actually sound like the best job ever, let alone 'The Best Summer Job Ever.' No joke.

The winner of the competition got to become the Xbox 'Man on The Ground.' Doesn't sound that great right? Wrong. This meant that you got to hang out partying in Ibiza for six weeks whilst simultaneously spreading the word of Xbox across the island. This is no joke. Six weeks in Ibiza for free – including access to all the VIP parties and gigs from artists such as Plan B and Example – and all you had to do was tell people about Xbox. I'm not sure really who would be playing Xbox when they could be partying in Ibiza or hanging out on the beach, but Example looks like he's having a pretty fun time playing some kind of darts game in the picture below….Don't they have Pro Evo/Fifa over in Ibiza? 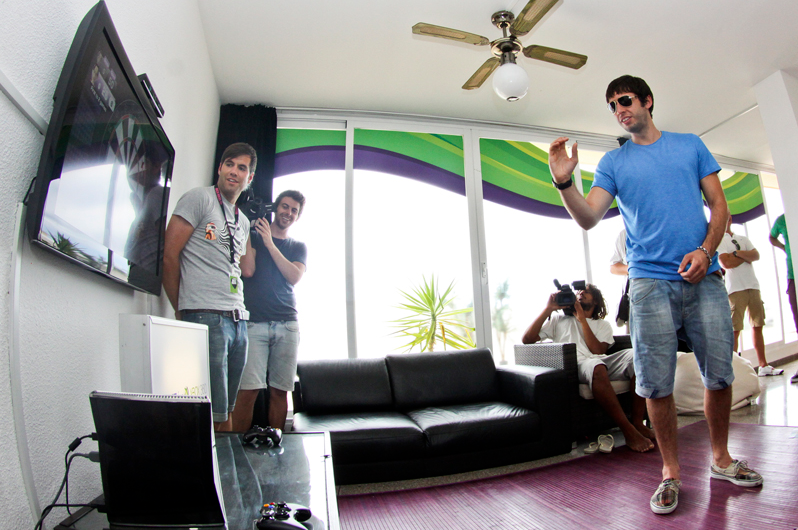 Here's a video of one of the winners – known as Dink – getting a surprise birthday meeting from Plan B as well. It looks like they had a blast over there this summer! Xbox and Ibiza Rocks sure know how to throw a party!

Unfortunately though, the Xbox/Ibiza Rocks collaboration had to come to an end to coincide with the end of summer. Fortunately though, this also means another competition for you guys  as Xbox/Ibiza Rocks team up with Sick Chirpse for their summer finale. Although probably not as good as 'The Best Summer Job Ever,' it's still pretty decent: The chance to meet Snoop Dogg at the Liverpool show on his UK tour this autumn. Wow!

Here's the exact breakdown of the prize:

This is a seriosuly awesome prize – knowing Snoop Dogg you'll probably even be able to smoke up a zoot with the man himself during the meet and greet. It's also pretty easy – and fun – to win. All you need to do is click on this link –http://apps.facebook.com/xboxibizamemories/index.php/#1 – and create an interactive map of the best of your memories of this summer. Not only will it hopefully give you the chance to meet Snoop Dogg, but it will also leave you with something that you can always remember the summer of 2011 by. You might as well enter – with a competition entry enabling you to create a record of your memories that will last forever and giving you the chance to win Snoop Dogg,you really have nothing to lose!