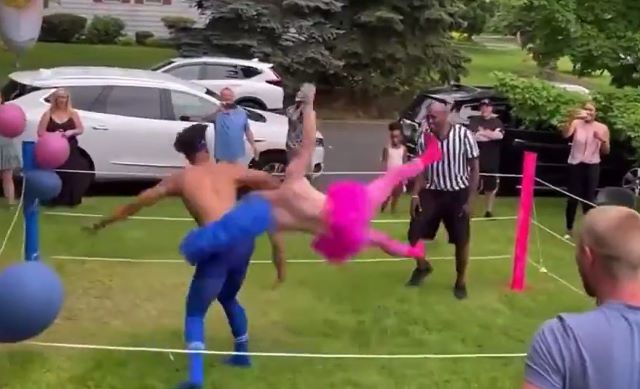 A WWE gender reveal is probably one of the only good gender reveal ideas left, and this couple over in the States pulled it off to perfection with a bout featuring competitors in pink and blue tutus representing ‘Team Girl’ and ‘Team Boy’.

Here’s how it played out…

Be honest – you were ready to hate that, right? So was I, but it was actually great. Looks like it was a hell of a party overall. I love how the match had all the classic wrestling tropes you’d expect from a high-stakes match to determine the gender of an unborn child – false finishes, ref distractions, outside interference, steel chairs, the works. I was on the edge of my seat for that final pinfall, waiting to see if he’d get the shoulder up. Now all we need is for Dave Meltzer to give it the coveted 5-star rating.

At what age does he sit his daughter down and tell her that if it wasn’t for incompetent ref’ing she would have been a boy?

To meet the Bradford lad who got completely wasted with his friends and was convinced to legally change his name to John Cena, click HERE. He doesn’t even watch wrestling!