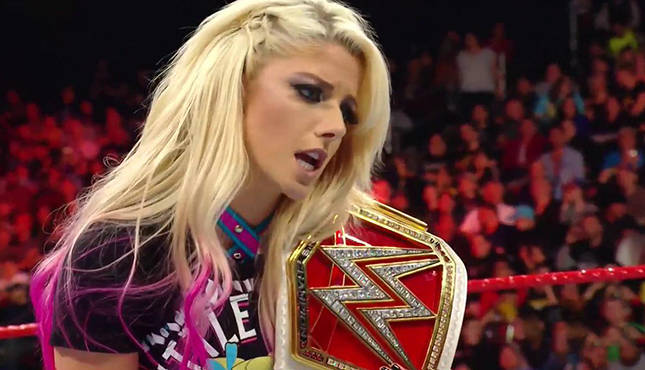 If you’re someone who gets a thrill off being rejected, there’s plenty of girls on Tinder who will do it for free. There’s no need to fork out $400 on Cameo to get shot down, although I guess it does grant you the guarantee of being turned down by Alexa Bliss instead.

Or maybe this guy Antonio really thought he stood a chance? If so, you have to respect it. After all you miss 100% of the shots you don’t take:

Someone seems to have paid Alexa Bliss $400 on Cameo to ask her out, which she said no to in the kindest way possible. pic.twitter.com/Gz7ySCSBTe

Let’s be real here – Antonio 100% wanked off to that video. Maybe using his tears as lubricant? Either way like I said – fair play to the guy. If being rejected by famous female pro wrestlers in public is your fetish, then Antonio just bought himself at least five lifetime’s worth of wank material. At less than $100 per lifetime – that’s not bad going.

Fair play to Alexa for letting him down so gently anyway. Good thing she wasn’t in character otherwise she’d have ripped him a new one. Unfortunately for Antonio there’s no such thing as an Alexa Bliss OnlyFans (yet). Not to worry though – WWE’s Sunny has got him covered.