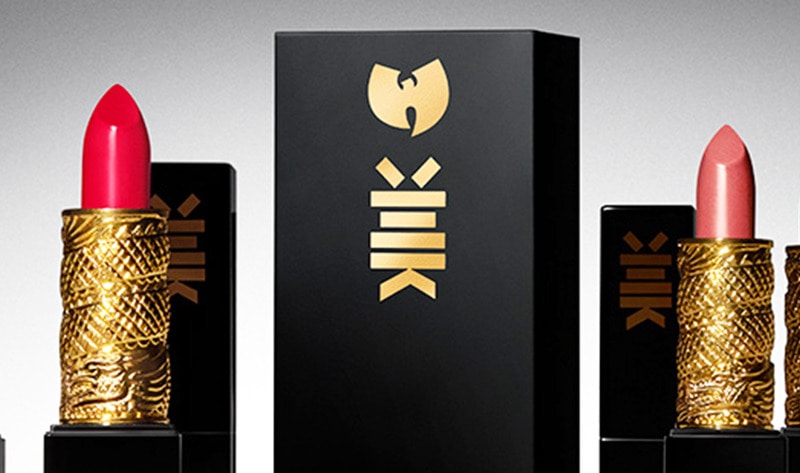 Cash rules everything around me.

Just when you thought you had everything you ever wanted, the Wu Tang Clan release a horribly expensive lip stick range and it’s time to start all over again. Goddammit.

You’re probably thinking the question that everyone else is thinking, namely just how or why the Wu Tang Clan ever contemplated releasing a lipstick brand? Well thankfully RZA is here to provide us with the answer:

I have a great relationship with Milk’s founder, Rassi, and as New Yorkers, we’ve frequented some of the same circles. We spoke about fashion and the cosmetic world and I revealed that [Talani], my wife, has a cool perspective about makeup [because] in her youth, she was in the modeling circles,

She is a fan of Milk Makeup’s products and when [Rassi and I] talked about forming a collaboration that reflected our NYC sensibility and philosophy, makeup became the unique and unpredictable choice. The Milk Makeup collaboration was spearheaded by my wife.

So basically it was all down to women and New York huh? The perfect combination.

I’m sure you’re all dying to hear more about the lipstick so you can watch the promo video with Teyana Taylor below or read some more of the press release even further below that:

Naturally, the eight upcoming longwear lipsticks will bear the kind of labels that you’d expect from a Wu-Tang inspired collection. Each will be named after the I Ching Trigrams: Sacred, Fire, Chi, Flow, Frequency, Source, Cypher, and Ruckus. All lipsticks will come in different shades of pink and red and will be featured in high shine, nourishing matte and dimensional glitter.

Known for having completely vegan products, Milk is taking their collaboration with the Wu to the next level and including some Chinese-inspired ingredients such as sacred lotus water, cherry blossom, ginseng, bamboo shoots, and Chinese red dates that will help protect, hydrate, and soothe the lips upon application.

Adding to the lipstick’s mystique will be the cases it will come in as they’ll be encased in solid black bullets, which is a stark contrast to Milk’s typical white, gray, and clear packaging. When you open up the bullet, a gold dragon wraps around the stick. The outer packaging is also solid black, and features the Wu-Tang “W,” as well as a new exclusive symbol that blends Milk’s logo with the Chinese symbol for beauty.

I mean I guess that sounds pretty cool if you like Wu Tang and lipstick but as I’m only really slightly into one of them (Wu Tang) then I can’t get that pumped on it. Especially when it costs over $60 – not sure how or even if it’ll be available over here but either way I think I’m gonna be priced out. I mean uninterested because it’s lipstick. That’s definitely it.