I’ve seen things on the internet; things that would make my mother ashamed of her own womb for being the organ that carried my miserable carcass into the world. But nothing I’ve seen could possibly be more shameful than the retina-raping pit of shit I’ve just witnessed.

Picture this: a holidaying mobile phone salesman with partially digested vocal chords, having a stroke while gesticulating wildly about nothing in particular and circling a perplexed looking cow. On top of this already impressive feat of multitasking he’s dancing like it’s Friday and singing in the style of Sylvester Stallone on ketamine, and somebody is filming the whole ugly spectacle.

So who is this shady bovine-botherer that sounds like he’s got a struggling horse trapped in his oesophagus?

Meet RAED; Melbourne’s finest rapper. If this is satire then I put my hands up and salute the man, but from everything I’ve read so far it seems like this guy is sadly genuine. 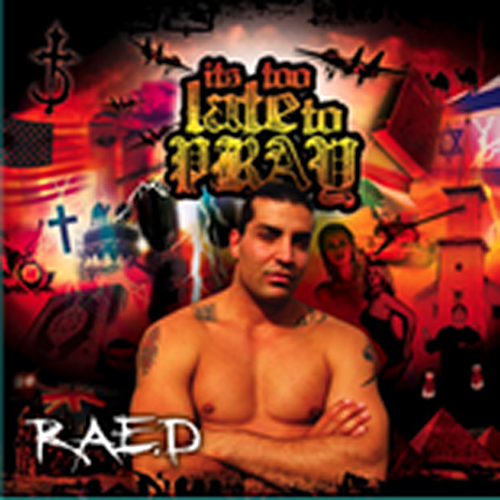 I say sadly, but really this is what the internet/life is all about isn’t it? Mocking people when they try to do something they love but turn out to be really bad at it. And more importantly than that, mocking them from the safety of our keyboards under usernames we can’t be personally identified by.

The video, which judging by the quality was filmed with a sandwich, is true entertainment from start to finish. I’d put it up there with watching Vanessa Feltz stuff cottage cheese into her musty beef basin while trying to spit on the back of her own head.