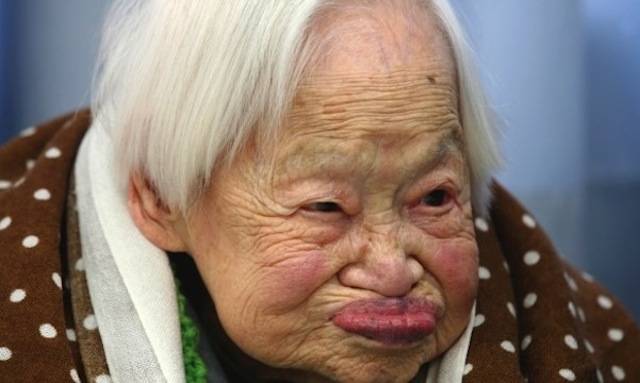 The worldâ€™s oldest person, Misao Okawa from Osaka in Japan, says the key to long life is eating sushi and getting at least 8 hours sleep a night.

The world’s oldest person, Misao Okawa from Osaka in Japan, says the key to long life is eating sushi and getting at least 8 hours sleep a night.

Miss Okawa was born in 1898, when Queen Victoria was still on the throne and the Spanish American War was still in full swing. She has been the world’s oldest person since the last title holder died at 116 in June last year. Okawa actually turns 116 today – big up Misao Okawa!

Got me thinking though — is it worth living life past 80 years old? Obviously if you’ve hit 116 and you’re officially the oldest person on the planet then it’s worth it. But what about from age 80 – 116? What are you supposed to do then? You’ll watch your children and grandchildren grow up and see all these amazing changes taking place in the world but do you really want to deal with the aches, pains, medication, not to mention feeling like a burden to everyone who has to look after you? OK you get to do things like shit yourself and say extremely offensive things without being judged but is that really worth living to 100 for? Something to ponder. 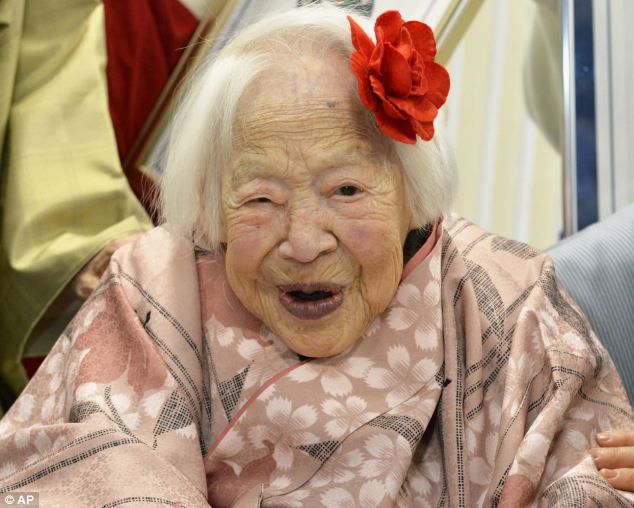