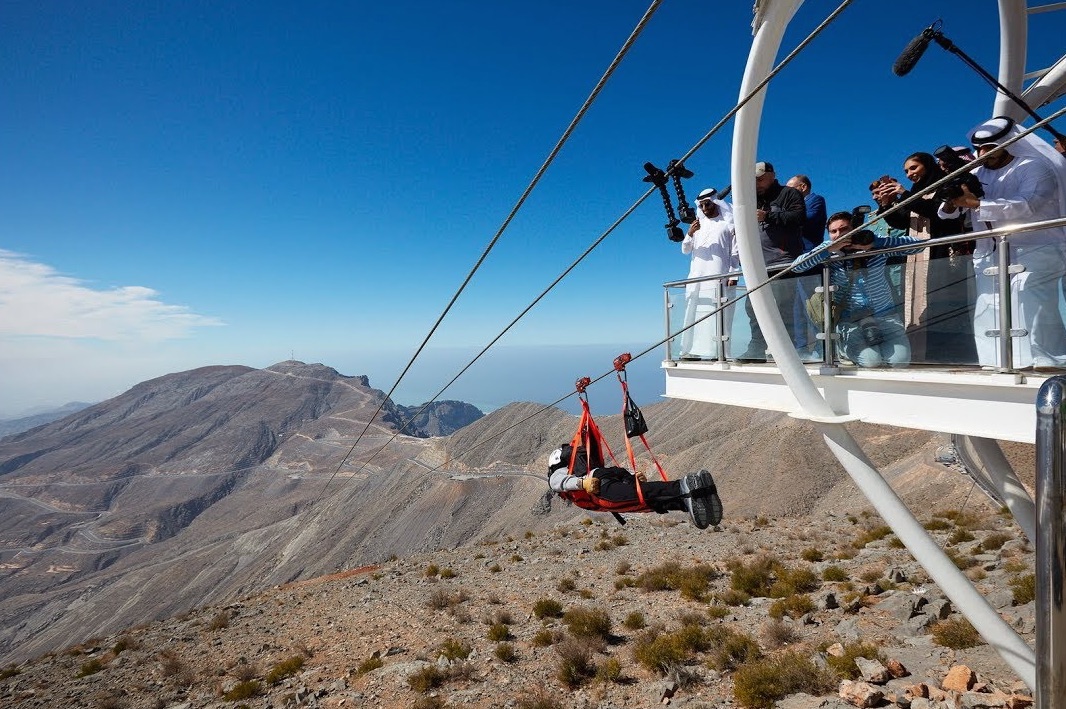 There’s no doubting that zip lining is a pretty awesome experience, as you’re pretty much flying over a section of (usually) beautiful land at super fast speeds, taking it all in without a care in the world and having the absolute time of your life.

As with most of these ‘extreme’ kind of attractions though, somebody always wants to take it to the next level and the same can now be said of zip lining, with the honour going to some guys in the UAE who have created the Jebel Jais Flight. The Jebel Jais is the highest mountain in the country and the zip line itself is 1.7 miles long and allows you to reach speeds of up to 90mph.

That’s some pretty unfathomable stuff when you think about it and the video below shows you just how extreme this attraction really is:

Damn. That really is something else. Not gonna lie, I would probably be too much of a pussy to go on it, although someone could probably twist my arm.

Would probably be screaming all the way though and to be fair, the scenery isn’t even that great it’s just horrible desert roads. Not really sure if it’s worth the trip all the way to the UAE just for that are you?

For more of the same, check out the world’s largest urban zipline. That really is something else.