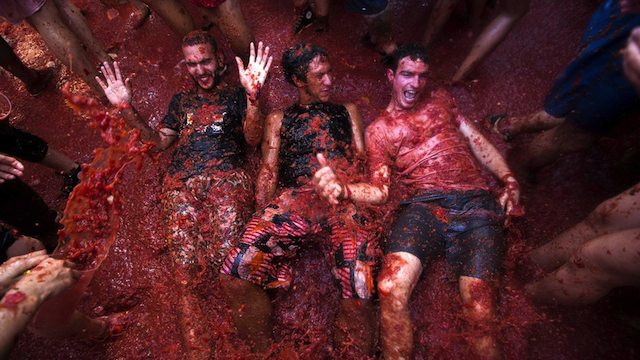 It’s called the La Tomatina Festival and it happens in Spain every year.

The La Tomatina Festival happens in the small town of Bunol in Northern Spain on the last Wednesday of every August and is basically just one massive food fight where the only weapons are tomatoes. Apparently over 100 metric tons of tomatoes are thrown in the streets during the festival.

In previous years up to 50,000 people have descended on the city, but because of overcrowding and the whole town getting trashed they’ve now had to ticket the event and limit it to 20,000 people. If you don’t buy a ticket you can’t throw tomatoes, but they’re only £10 so it’s not that much of a ballache. I was thinking about going this year though and it sold out pretty quickly so if these pictures turn you on make sure you book early.

The festival starts at 11 a.m. and participants throw tomatoes at each other for one hour. You’re supposed to wear safety goggles and gloves and not physically attack people – as well as squash your tomatoes before throwing them – which is all a bit lame, although it still sounds like it would be a hell of a lot of fun.

Following the festival, firemen use water from an ancient Roman aqueduct to hose down the streets. Thanks to the acidity of the tomatoes, this actually makes them cleaner than they were during the festival so everybody wins. There are also some parties and bands playing so you’re not just travelling there for one hour of throwing tomatoes at each other.

The origin of the festival is uncertain, but it’s been going on since 1945. Some people think it may have been started because disgruntled townspeople were throwing tomatoes at corrupt councilmen, which sounds about right. If only they started this practice in some of the world’s most corrupt countries, they might actually get somewhere. 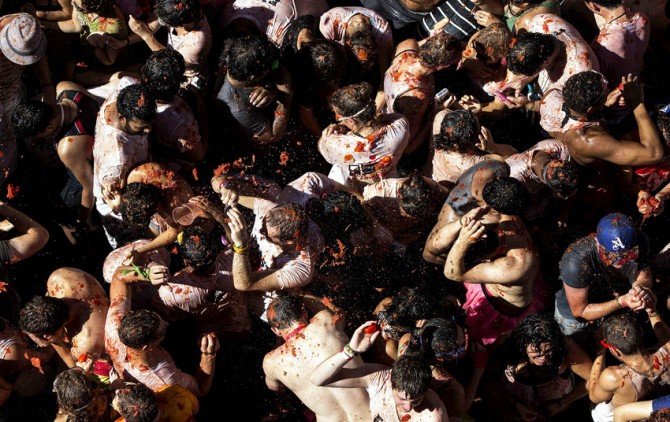 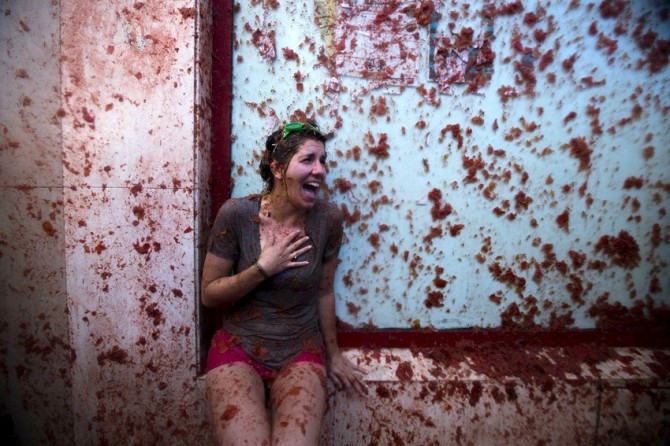 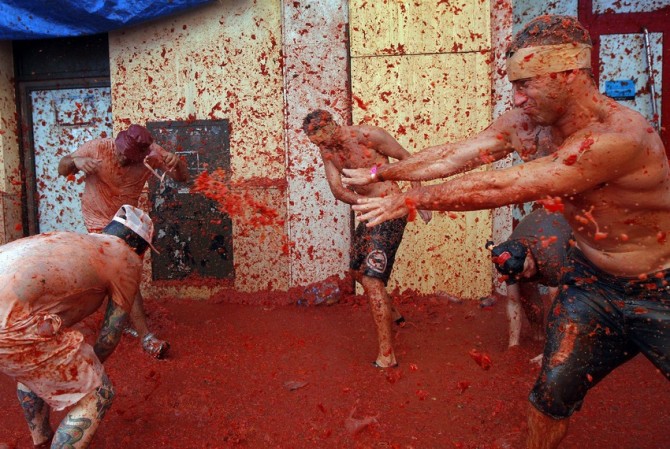 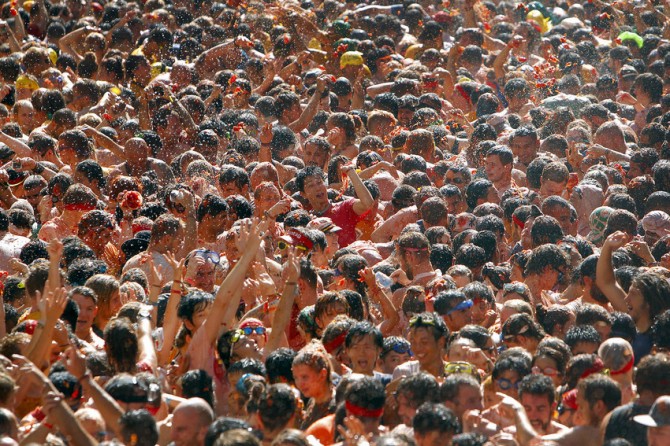 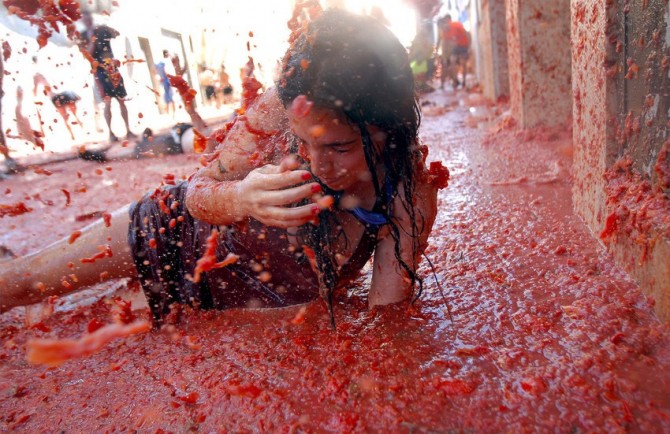 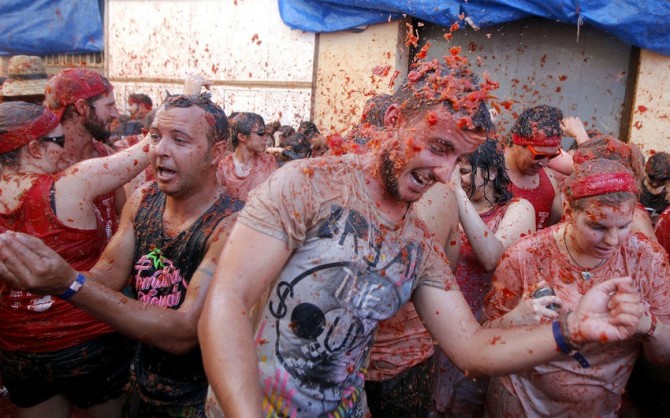 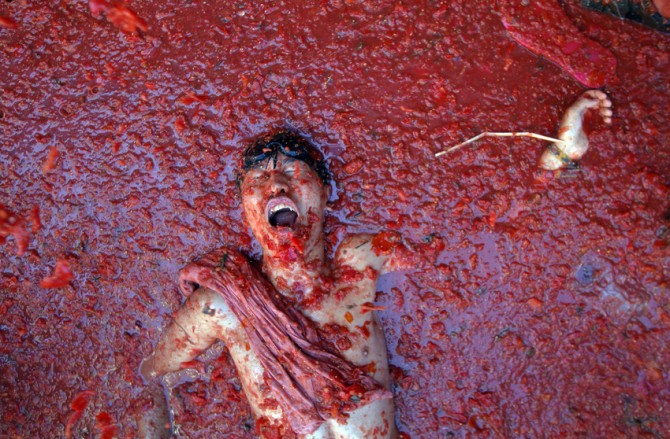 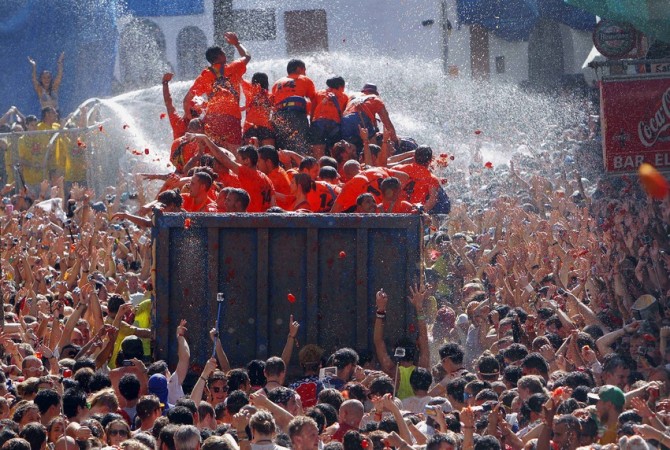 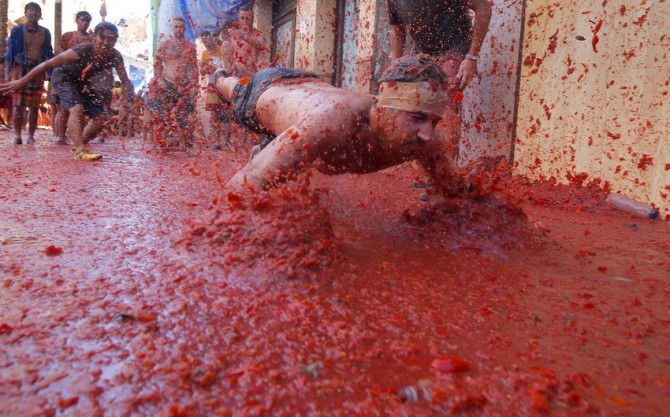 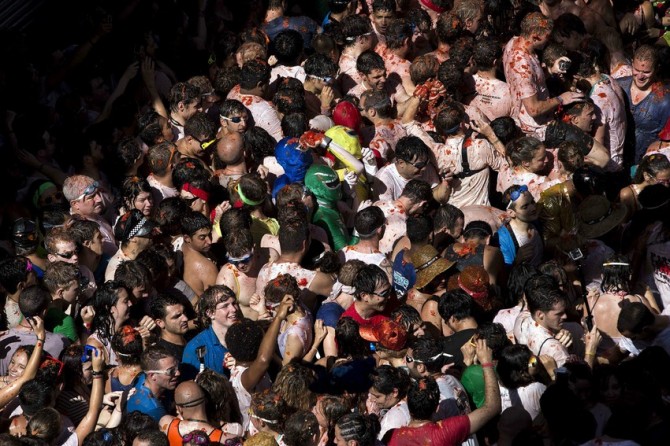 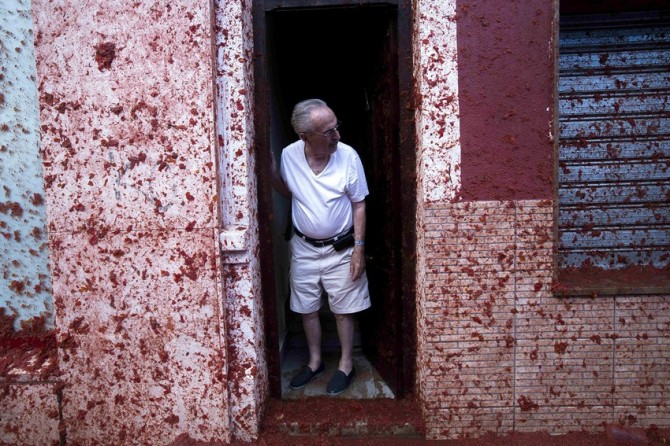