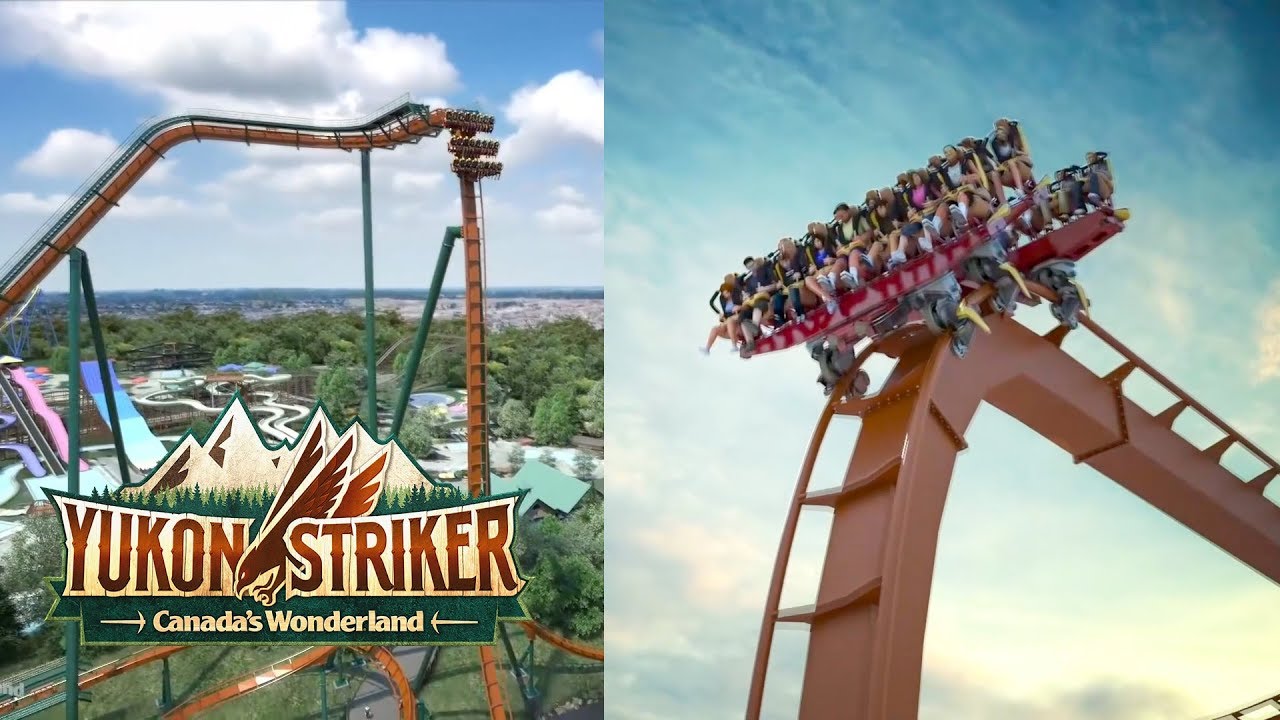 The battle for bigger drops and bigger thrills in the world of rollercoasters is never going to be over and that can only be a be a good thing for us punters as the rides get more extreme and terrifying – it’s a win win situation.

The latest ride to break records is called the Yukon Striker and it’s going to be found in Canada’s Wonderland which is located near Toronto in a place called Vaughn. It’s going to be the world’s tallest, fastest and longest dive coaster, dropping from 250 feet and reaching speeds of up to 150 mph. Jesus.

The park have already released a CGI video of what it’s going to look like and boy is that first drop a doozy – don’t watch if you’re easily scared of heights:

Damn. That is a long ass fast ass ride that’s all kind of crazy. Most dive rollercoasters over here like Oblivion and Saw stop after the first major dive but that seems to go on for a full two minutes afterwards with a shedload of corkscrews and loop the loops. Gotta make it over to Canada to try that one for sure.

And in case you’re wondering, Canada’s Wonderland is a completely sick theme park. I went there ten year ago or so and it was completely huge and had pretty much every ride you could ever dream of there. Highly recommended and with the Yukon Striker an even now there even more of a reason to make a trip.

For more of the same, check out this one that was once the biggest and baddest in the world only a couple of years ago. They keep on getting better baby.