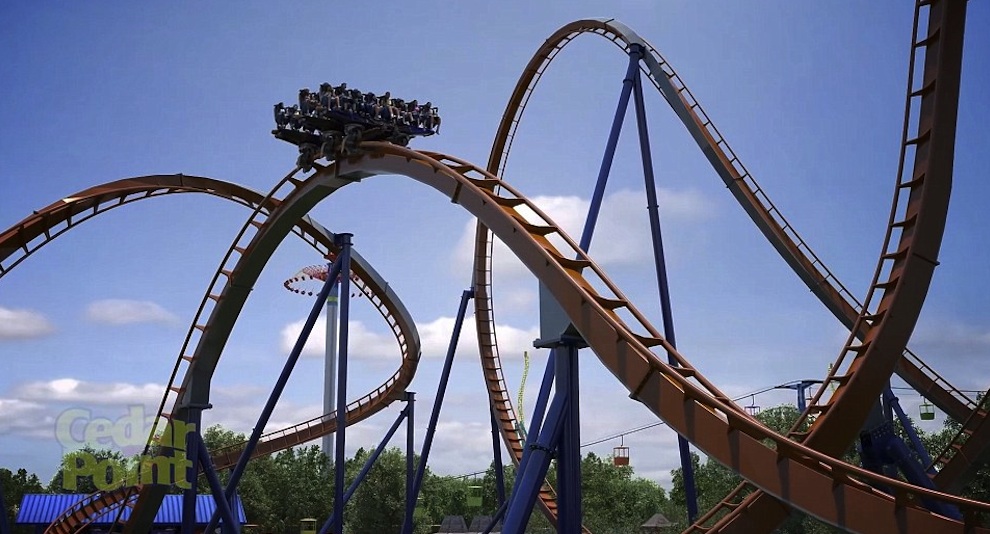 It’s going to be the tallest, fastest and longest dive coaster ever made.

Rollercoasters are always trying to outdo themselves in order to be the next big thing and right now the next big thing is going to be Valravn in Cedar Point, Ohio. This park already has a reputation for some of the most extreme rides on the planet, and the construction of Valravn will enable them to break ten world records for rollercoasters:

4. Most inversions on a dive coaster (three)

7. Most roller coasters taller than 200 feet at one amusement park (5)

Check out a CGI version of Valravn below:

What I really like about it is that unlike most rides like this (i.e. Oblivion) there’s actually a bit of a rollercoaster after the first main drop and it isn’t over almost as soon as it’s begun – they’ve actually put some effort into it as a ride rather than just one big feature ride.

Cedar Points, Ohio looks like the place to visit though if you’re into rollercoasters as those stats clearly make it sound like one of the best theme parks in the entire world. If only it wasn’t in Ohio eh? I suppose you could head down to the world’s tallest waterslide in Kansas afterwards – it would probably only take you about 24 hours to get there.