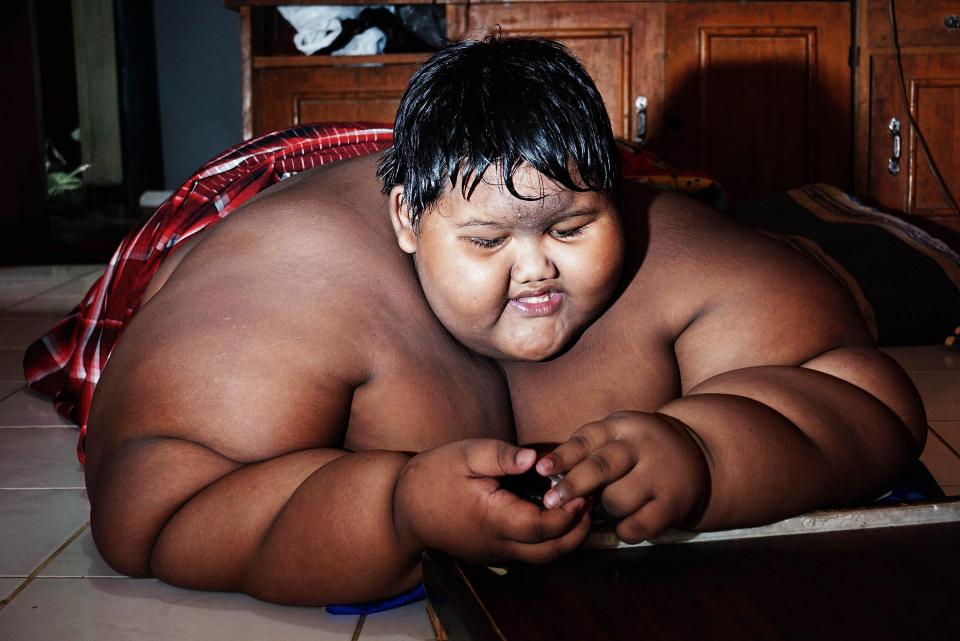 The world’s fattest kid has managed to lose five stone in weight following a surgery on his stomach.

At his heaviest, 11-year-old Arya Permana weighed a huge 30 stone. After years of struggling with his obesity due to over eating, his parents Ade and Rokayah decided that he needed surgery or else he’d die. They decided to go with a gastric sleeve operation, making him the youngest person to receive this surgery. 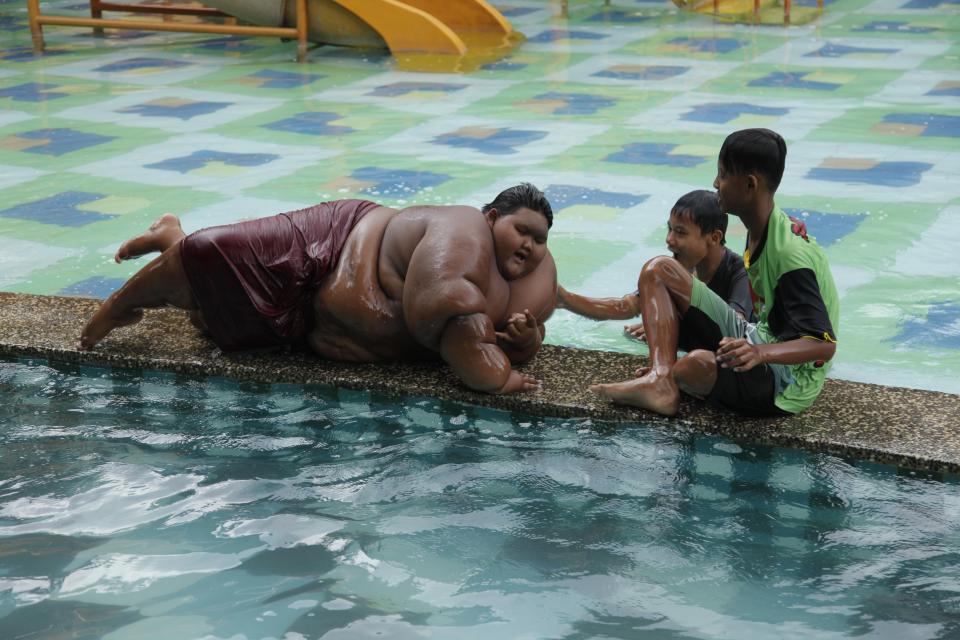 It was performed by Dr Handi-Wing and it involved removing a large chunk of his stomach to make it smaller, so he’d feel full up for longer. Just a month after this, Arya has already lost five stone and is expected to lose about 220 pounds in just one year. 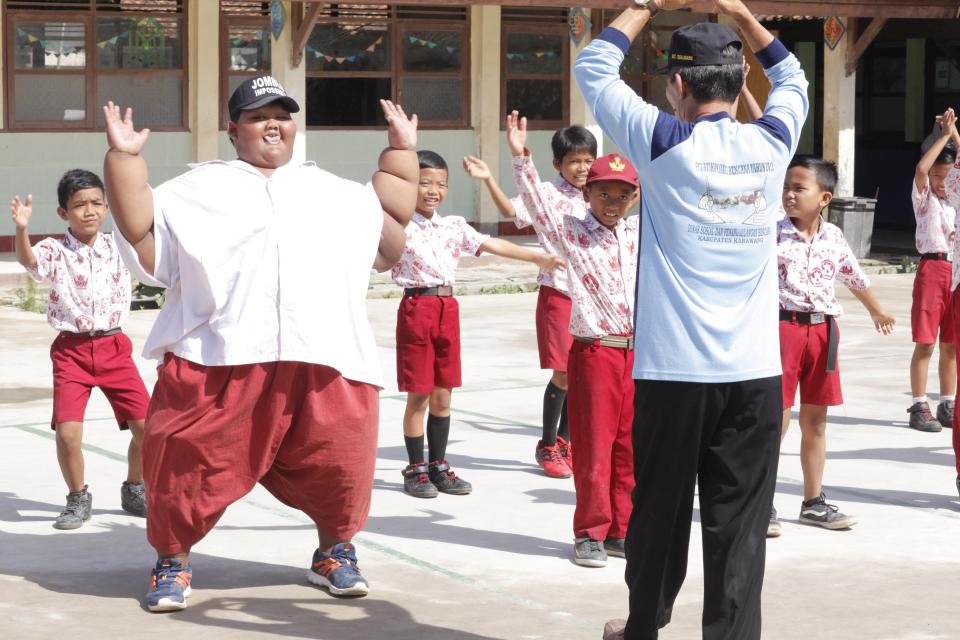 Before the surgery, Arya was on a diet of fried chicken, rice noodles and chocolate ice cream.

He ate like he had no sense of being full. Every time he had two packets of noodles and two eggs. More than half a kilo of chicken and then there was rice. This could be four to six times a day.

The saddest thing was watching Arya try to get up. He would get out of breath just walking five metres. We were very worried. 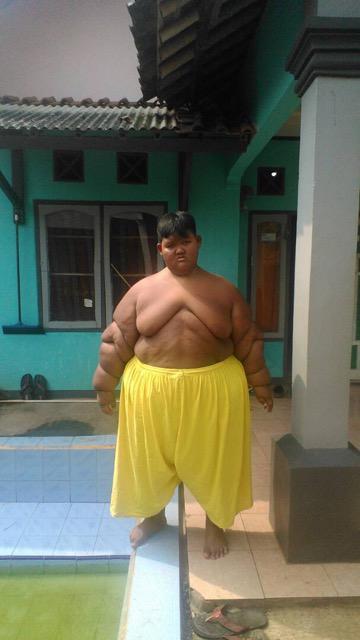 Now that Arya is on the road to recovery, he is already planning what he will do once he loses more weight.

I’m going to play with my friends in the pool, play football and ride bicycles. 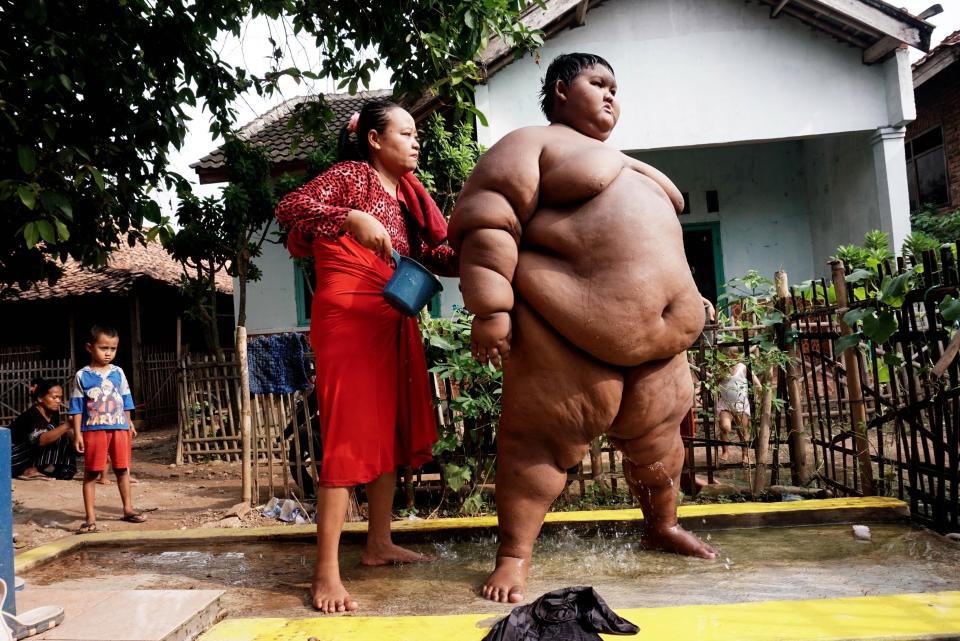 As is always the case, you’ve got to question the parents – they seem to despair at how much he ate, but that was at their control. They should’ve stopped him from overeating and then he wouldn’t have needed to have half of his stomach removed. Nevertheless, at least the hard part is over and now he can continue to lose weight and finally start living life like a normal 11-year-old.

While we’re on the topic, do you remember the smoking baby? Here’s what he looks like now.