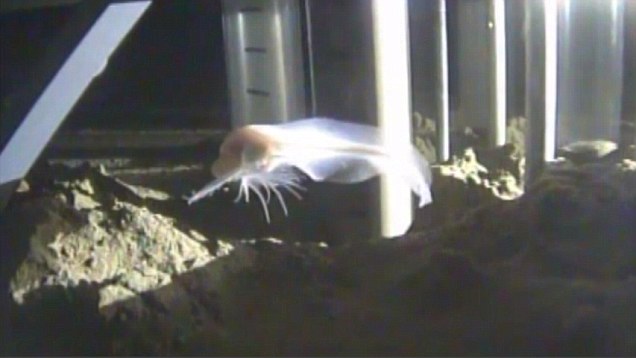 It exists 8145 feet below the surface of the Earth.

Following on from the first live picture of the black seadevil anglerfish from Finding Nemo, scientists have hit it out of the ballpark yet again by discovering a new fish at the very bottom of the Mariana Trench – the deepest place on Earth.

It beats the previous species depth record by about 500 feet, clocking in at 8145 feet. Alan Jamieson, of the University of Aberdeen made the following statement about it:

Well, it does kind of look like a cartoon dog that’s true, but surely that means it kind of looks like something we’ve seen before? And after all is said and done, it still looks like a fish. Dude needs to get a bit more scientific about this stuff.