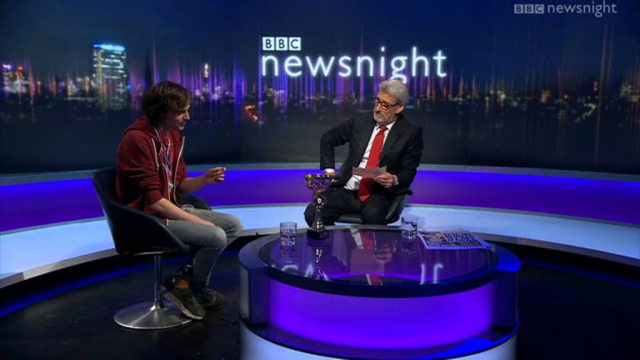 After a three day memory event you might think it would be easy to remember a couple of names from Newsnight, but you’d be wrong.

The World Memory Championships are apparently a real competition and it took place in Croydon (of all places) this year and the winner was some guy called Jonas Von Essen who had to do a bunch of memory tricks over three days to claim the title.

Being the World Memory Champion, you would have thought it would be fairly easy to remember the names of a few people in the Newsnight credits for a little party trick on Newsnight last night. Unfortunately it was far from easy and Jonas Von Essen thoroughly embarrassed himself, struggling to even get Jeremy Paxman’s full name and hardly managing to get anyone else involved with the show either. Paxman even had to finish it off for him it was so bad.