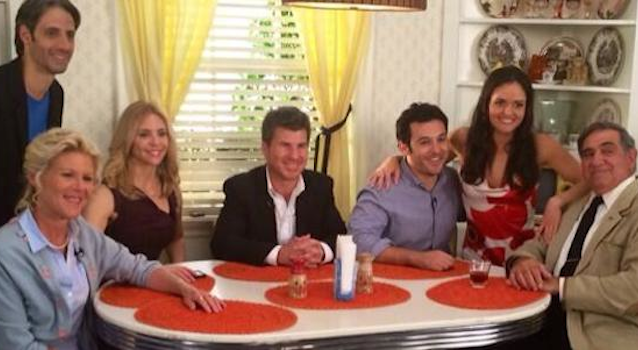 Kevin Arnold is all grown up.

The Wonder Years is definitely one of my favourite shows of all time – the writing on it is just so perfect and you could watch it when you were growing up and looking forward to the events depicted in it, and also watch it back now and remember when similar stuff happened to you. It’s just a great show that really captures the essence of growing up.

Sadly, The Wonder Years ended ages ago but I imagine that it’s probably still repeated on some TV channel somewhere every day. To promote a new full DVD release of the show (finally!) the cast had a little reunion and took some great pictures. Everyone pretty much looks exactly the same except for Fred Savage, but it’s still great to see these guys back in the kitchen like they never left.