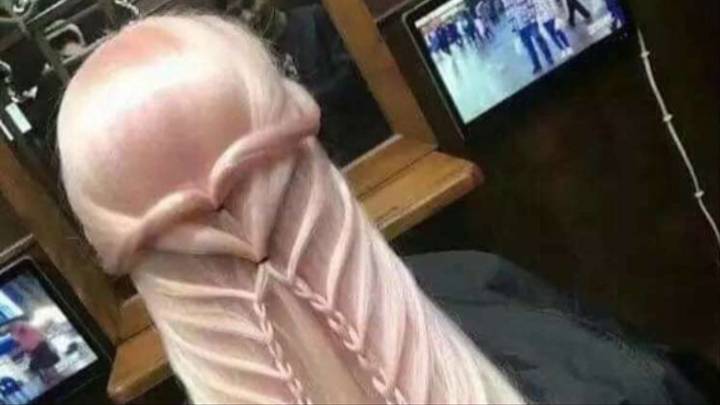 It does to be fair.

You might think that it’s nice that your hairstyle goes viral, but it’s nearly always going to go viral because it looks absolutely terrible and the woman’s hairstyle in this story is no exception as her braids turned out looking like a giant penis.

The photograph was shared by style blogger Stephanie Yeboah, who immediately said that it looked like the throbbiest of penises and blamed this on her being tired. Turns out it wasn’t just her though as the tweet got retweeted and liked about 2000 times at the time of writing and to be honest I’m not gonna lie, before I even read the caption I thought it was a giant dick because it just looks exactly like one doesn’t it? You can’t really deny it:

I must be tired because I thought this was the throbbiest of penises. https://t.co/nX5jH5oVC9

Yeah, it’s just a massive throbber really isn’t it and there’s no two ways about it. Feel kinda sorry for the girl who did her hair like that and got the snap taken at that unfortunate angle, but it doesn’t seem like here identity has been revealed so it should be OK. Chances are she’s probably changed her hairstyle by now too so there’s no way you’re gonna be recognising her in the street or anything either.

For more of the same, check out potatoes shaped like penises. Not just hairstyles that look like them.